The new much-awaited Tamil offerings- Petta & Viswasam are running successfully at the box office worldwide. Both the offerings are giving a tough competition to each other. The latter one is leading over the former in Tamil Nadu while outside the Tamil state, the former one is running ahead of the latter. 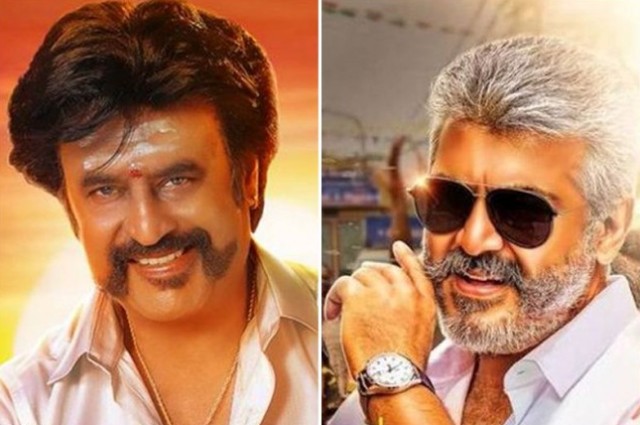 Superstar Rajinikanth starrer action drama Petta has got succeed to hit the target right and received mostly positive reviews from the critics. With a great response from the audience, it registered a solid extended opening weekend at the TN box office with total 38 crores which included 13 crores on Thursday, 9 crores on Friday, 7.25 crores on Saturday & 8.75 crores on Sunday.

Now it has entered on weekdays but due to a partial holiday on Monday, Karthik Subbaraj’s directorial managed to remain strong and minted the amount of 7 crores. With this, the total collection of Petta after 5 days has become 45 crores from approx. 500 screens across Tamil Nadu.

In parallel, superstar Ajith Kumar & Nayanthara starrer action mystery Viswasam has unexpectedly received mixed reviews from the critics but getting tremendous support from the audience. In the extended opening weekend, it did the business of 42.75 crores in Tamil Nadu with 15.50 crores on Thursday, 10 crores on Friday, 8 crores on Saturday & 9.25 crores on Sunday.

On Monday, Siva’s directorial remained almost steady and raked the business of 7.50 crores. With this, its 5 days total collection has become 50.25 crores from around 525 screens across the Tamil state.