The new Hindi offerings of this Friday- Prassthanam, The Zoya Factor, and Pal Pal Dil Ke Paas have taken a slow start at the box office with mixed reactions from the viewers. While the holdover titles Dream Girl and Chhichhore have remained unaffected and started the new week at a strong note. 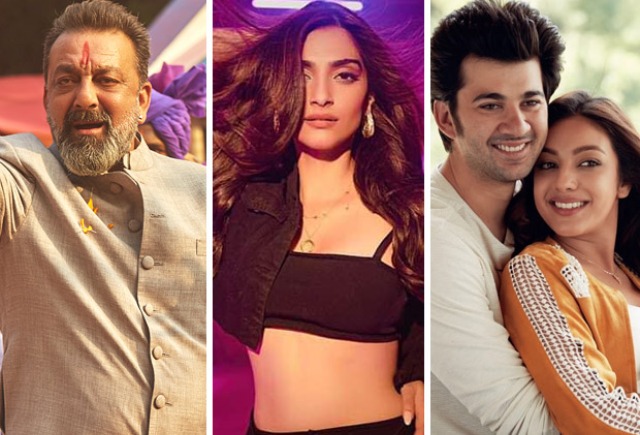 Sanjay Dutt, Manisha Koirala, Jackie Shroff, Ali Fazal, and Amyra Dastur starrer Prassthanam is a remake of Telugu film. Directed by Deva Katta, it has received mostly positive reviews from critics as well as the audience but still recorded a dull response at the box office.

On Friday, this political action drama took a low start with around 5-10% occupancy in the morning. Post noon shows, it showed some growth on single screens and managed to rake the opening business of 1 crore which is disappointing for a multistarrer film.

In parallel, newcomers Karan Deol and Sahher Bambba starrer romantic drama Pal Pal Dil Ke Paas has gathered a mixed word of mouth but still managed to register a decent business of 1.20 crore at the box office on Friday. Directed by Sunny Deol, the film hits the right chord with its music.

On the other hand, Sonam Kapoor and Dulquer Salmaan starrer The Zoya Factor has also received mixed reviews and unfortunately raked the lowest business among all three. On Friday, Abhishek Sharma’s directorial has done the business of 0.85 crore.