After a slow start on Friday, the neo-noir action thriller Vikram Vedha managed to show decent growth at the box office on Saturday due to positive word of mouth. In parallel, Mani Ratnam’s directorial Pan-India period action drama film Ponniyin Selvan 1 has also witnessed a jump in business on day-two in the Hindi circuit. 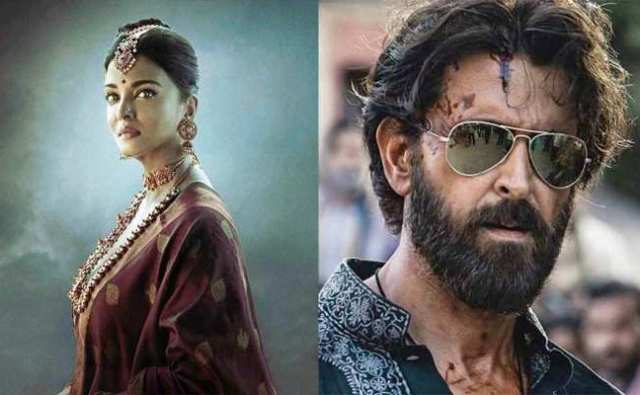 Vikram Vedha has created a solid impact on viewers and received positive reviews from critics. From the audience as well, the film is getting very favourable reactions because of its engaging storyline and terrific performances by the leading actors Hrithik Roshan and Saif Ali Khan.

On Friday, Vikram Vedha opened on a slow note with around 15% occupancy in the morning and registered an average opening business of 10.58 crores in the end. On the second day, it recorded a jump of 18.24% viz-a-viz day-one and minted an amount of 12.51 crores nett.

After 2 days, T-Series and Reliance Entertainment’s presentation Vikram Vedha has registered a total collection of 23.09 crores nett at the domestic box office from 4007 screens. The film is expected to grow further on Sunday and garner a satisfactory opening weekend.

On the other hand, Chiyaan Vikram, Aishwarya Rai Bachchan, Trisha Krishnan, Jayam Ravi, and Karthi starrer Ponniyin Selvan 1 which did a business of 1.85 crore on Friday with its Hindi version, has collected 2.50 crores on Saturday and registered a 2-day total of 4.35 crores nett from around 1000 screens.