After an underperforming opening weekend, Hrithik Roshan and Saif Ali Khan starrer Vikram Vedha remained average on weekdays except for the Dussehra holiday and registered an overall fair first week at the box office. With the end of week one, it has inched closer to surpassing the lifetime total of Aamir Khan’s Laal Singh Chaddha (58.73 crores). 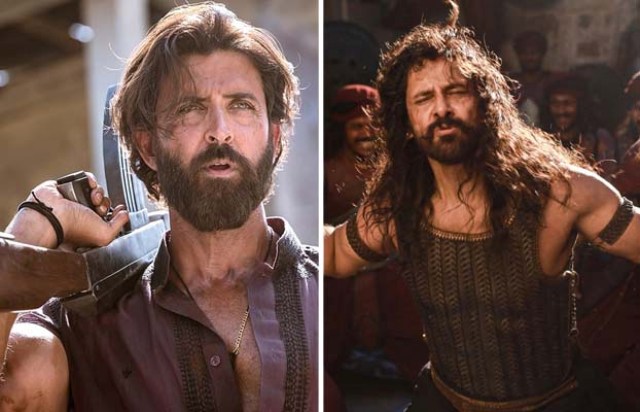 Directed by Pushkar-Gayathri, the neo-noir action thriller Vikram Vedha has impressed many with an engaging storyline and terrific performances by the leading actors. Unfortunately, despite positive word of mouth and a large screen count, it didn’t receive the desired response at the box office.

At the weekend, Vikram Vedha did a business of 36.94 crores with 10.58 crores on Friday, 12.51 crores on Saturday, and 13.85 crores on Sunday. Then on weekdays, the film recorded a huge drop in footfalls and minted an amount of 5.39 crores on Monday and 5.77 crores on Tuesday.

On Wednesday, due to the Dussehra holiday, the film managed to pick up well and garnered 7.21 crores. With an expected drop on Thursday, it raked 3.26 crores nett and registered a 7-day total collection of 58.57 crores nett at the domestic box office with 4007 screens.

On the other hand, the Pan-India film Ponniyin Selvan 1 has a decent first week in the Hindi circuits. At the weekend, it did a business of 7.60 crores nett including 1.85 crore on Friday, 2.50 crores on Saturday, and 3.25 crores on Sunday. On Weekdays, after a usual drop, it remained steady and bagged 1.40 crore on Monday and 1.60 crore on Tuesday.

Due to the Dussehra holiday, Mani Ratnam’s directorial PS1 managed to collect 2.55 crores on Wednesday, while slipped to 1.10 crore on Thursday. After a week, the film has registered a total of 14.25 crores nett from around 1000 Hindi screens across the country.