The two much-awaited Tamil films of the year, Petta & Viswasam are in theatres now & running successfully worldwide. Both the offerings are getting a solid response from the audience, giving tough competition to each other at the box office, especially in Tamil Nadu and nearby south Indian regions. 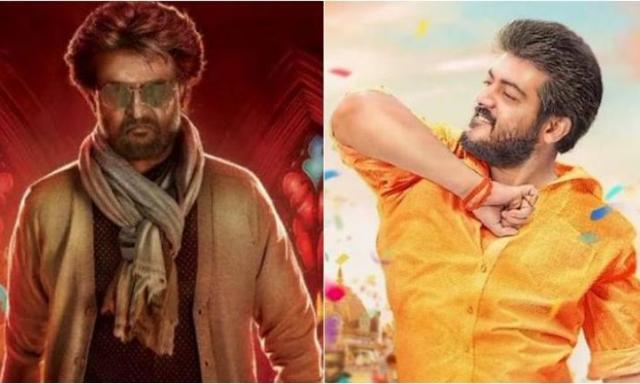 Superstar Rajinikanth starrer Petta has got succeed to entertain many in theatres and received mostly positive reviews from the critics. As a result, it gathered a solid word of mouth and registered the opening business of 13 crores on Thursday from approx. 500 screens in Tamil Nadu.

On Friday, Karthi Subbaraj’s directorial witnessed a decline but still managed to remain strong and collected 9 crores. On the next day i.e. Saturday, on a higher note, it raked the business of 9.50 crores and raised 3 days total collection to 31.50 crores at the TN box office.

While on the other hand, superstar Ajith Kumar’s action-mystery Viswasam got mixed reviews from the critics but due to a great response from the audience, it opened on an earth-shattering note in Tamil Nadu with the opening business of 15.50 crores from approx. 525 screens.

On the second day, Siva’s directorial recorded a drop but remained super-strong and bagged 10 crores. On Saturday, with a slight jump, Viswasam collected the amount of 10.25 crores and raised its 3 days total collection to 35.75 crores across Tamil state.