This Thursday released, the two much-awaited Hindi films – Aamir Khan’s Laal Singh Chaddha and Akshay Kumar’s Raksha Bandhan are getting an underwhelming response at the box office. The former is running decently in metros but weak in mass centres, while the latter is doing fair in mass circuits but struggling in metros. 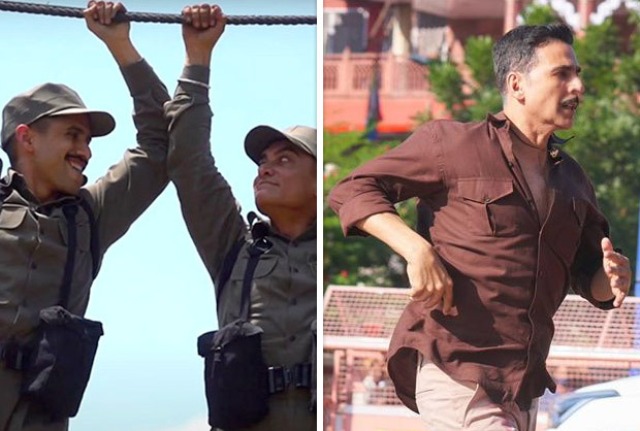 Directed by Advait Chandan, who also directed Secret Superstar, Laal Singh Chaddha is showing very poor performance at the box office as compared to earlier expectations and the standards set by Aamir Khan himself. On day one, the film failed to break the record of Bhool Bhulaiyaa 2 (14.11 cr) and Bachchhan Paandey (13.25 cr) with an opening business of 11.70 crores nett.

On Friday, Laal Singh Chaddha reported a big drop in business and garnered 7.26 crores. Further, it showed a slight jump on Saturday and minted an amount of 9 crores. Then on Sunday, with a jump of 11.11%, LSC collected 10 crores and took its 4-day total collection to 37.96 crores nett from 3533 screens across the country.

On the other hand, Raksha Bandhan directed by Aanand L Rai is also struggling to attract enough audience towards the theatres despite positive word of mouth. On Thursday, it scored lower than Jugjugg Jeeyo (9.28 cr) and registered the opening business of only 8.20 crores nett, which was quite low as compared to Akshay Kumar’s previous films.

On Friday, Raksha Bandhan starring Bhumi Pednekar and Sadia Khateeb with Akshay Kumar witnessed a significant drop in footfalls and raked a business of 6.40 crores. On Saturday, it remained almost flat and collected 6.51 crores. Then on Sunday, the film recorded a slight jump of 8.29% and bagged 7.05 crores, taking its 4-day total collection to 28.16 crores nett from 2687 screens nationwide.

After a very disappointing weekend for both the films, all eyes are now on Monday as there is a holiday due to Independence Day. Let’s see how many more numbers they can add to their account, however, it is useless to expect a magical turnaround now.