A couple of weeks back released, the much-awaited period action drama RRR is reigning at the box office from its very first day. The pan-India film, directed by SS Rajamouli, is doing great across the country and has already entered the 200-crore club with its Hindi version alone. At the worldwide box office, the film has grossed near 1000 crores within 2 weeks from all the versions. 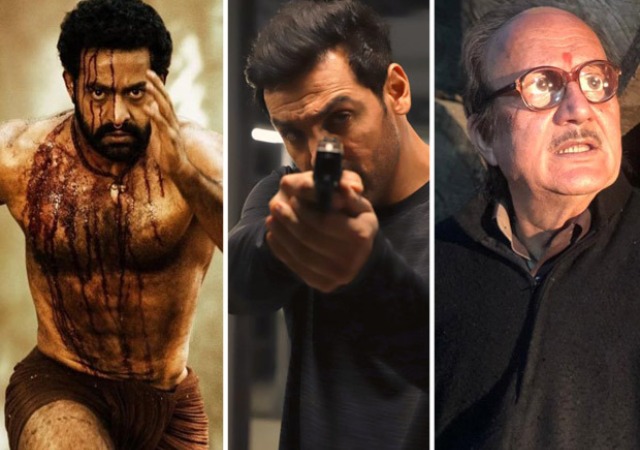 Featuring Jr NTR, Ram Charan, Ajay Devgn, Alia Bhatt, and Olivia Morris, RRR (Hindi) has become the second Hindi film to cross the mark of 200-crore in the post-pandemic period after The Kashmir Files. On a fantastic note, the film did a business of 132.59 crores in the first week and 52 crores in the second weekend.

Then on weekdays as well, RRR (Hindi) managed to remain steady despite a significant drop in footfalls. The film minted an amount of 7 crores on Monday, 6.50 crores on Tuesday, and 5.50 crores on Wednesday. With a further decline, it collected 5 crores on Thursday and has registered a 14-day total of 208.59 crores nett.

On the other hand, the latest Hindi release Attack: Part One has witnessed a dull response from the audience at the box office despite favourable reviews from many critics. In the opening weekend, John Abraham starrer did a business of 11.51 crores with 3.51 crores on Friday, 3.75 crores on Saturday, and 4.25 crores on Sunday.

On weekdays, Attack recorded a usual drop in footfalls and minted an amount of 1.10 crore on Monday, 0.90 crore on Tuesday, and 0.80 crore on Wednesday. Then on Thursday, it garnered 0.70 crore and registered a total of 15.01 crores nett in a week at the domestic box office.

Whereas The Kashmir Files is still performing well at the box office in its fourth week and inching towards the 250-crore mark. On a phenomenal note, Vivek Ranjan Agnihotri’s film did a business of 97.30 crores in week 1, 110.03 crores in week 2, and 30.95 crores in week 3.