SS Rajamouli’s immensely-awaited Telugu action film RRR has finally been released in theatres PAN-India amid the huge excitement of fans. As expected, the film has taken a phenomenal start across the country including the Hindi belt. Its Hindi version has registered the biggest opening of the year so far and the second-best in the post-pandemic period. 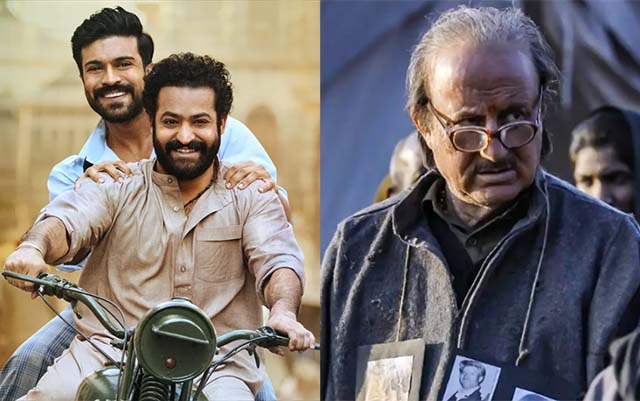 Featuring Jr NTR, Ram Charan, Ajay Devgn, and Alia Bhatt in lead roles, RRR has successfully made a solid impact on viewers and garnered positive word of mouth. From the critics as well, it has received mostly favourable reviews for the enthralling storyline, spectacular visuals, fantastic performances, and commendable direction.

Made in a budget of only 15 crores, The Kashmir Files did a business of 97.30 crores in the first week and 110.03 crores in the second week. In week 3, the film has slowed down by a significant rate and minted an amount of 4.50 crores on the 3rd Friday. After 15 days, it has registered a total of 211.83 crores nett at the domestic box office.