SS Rajamouli’s new PAN-India film RRR has taken the box office by storm. The Telugu period action drama is getting a fantastic response across the country as well as in the overseas market. Within 3 days of its release, the film has grossed over 500 crores at the worldwide box office including all the versions. 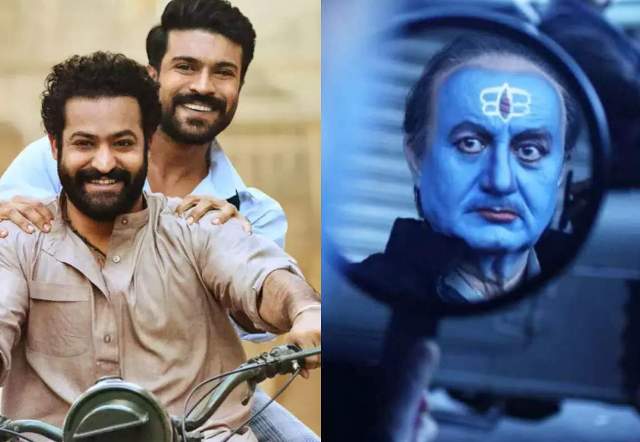 RRR starring Jr NTR, Ram Charan, Ajay Devgn, and Alia Bhatt, has managed to make a solid impact on viewers and garnered positive word of mouth. From the critics as well, the film has received favourable reviews for its interesting storyline backed by commendable performances and spectacular visuals.

On Friday, the Hindi version of RRR took a strong start and registered the biggest opening of the year so far with 19 crores nett from 3400 screens. The film witnessed decent growth on Saturday and minted an amount of 24 crores. Then on Sunday, it showed a huge jump in business and collected 31.50 crores.

After the opening weekend, RRR Hindi has registered a total of 74.50 crores nett at the domestic box office. Whereas the recently released PAN-India film Radhe Shyam (Hindi) starring Prabhas and Pooja Hegde, sank into The Kashmir Files wave and had raked only 13.94 crores nett in the 1st weekend.

In parallel, The Kashmir Files which has already become a blockbuster has performed very well in its third weekend as well. Directed by Vivek Ranjan Agnihotri, the historical drama based on true events, managed to collect 97.30 crores in the first week and 110.03 crores in the second week.