SS Rajamouli’s latest offering RRR has completed a week at the box office on a fantastic note across the country as well as in the international market. The Hindi version of the film has registered the highest week-1 collection in the post-pandemic period, surpassing Akshay Kumar’s Sooryavanshi (120.66 crores in 7 days). 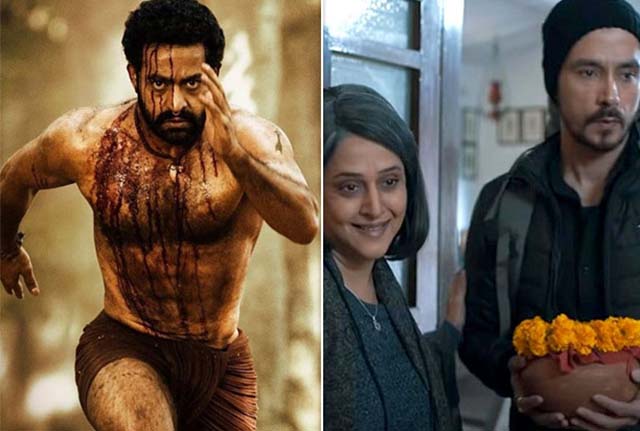 Starring Jr NTR, Ram Charan, Ajay Devgn, and Alia Bhatt, RRR made a solid impact on viewers and garnered positive word of mouth. As a result, the film did great over the weekend and raked a business of 74.50 crores from its Hindi version alone. This includes 19 crores on Friday, 24 crores on Saturday, and 31.50 crores on Sunday.

Then on weekdays as well, RRR (Hindi) remained strong and minted an amount of 17 crores on Monday, 15.02 crores on Tuesday, and 13 crores on Wednesday. With a further decline, it managed to collect 12 crores on Thursday and has registered a 7-day total of 132.59 crores nett from 3400 Hindi screens across India. RRR Day Wise Box Office Collection

Whereas, the biggest blockbuster of 2022 so far, The Kashmir Files has maintained a good pace in its third week despite RRR. Due to fabulous public response, the film did a massive business of 97.30 crores in week-1 and 110.03 crores in week-2. Over the third weekend, it managed to collect 20.85 crores with 4.50 crores on Friday, 7.60 crores on Saturday, and 8.75 crores on Sunday.

While on weekdays as well, Vivek Ranjan Agnihotri’s film performed steadily and collected 3.10 crores on Monday, 2.75 crores on Tuesday, and 2.25 crores on Wednesday. With a further drop, The Kashmir Files garnered 2 crores and has registered a 21-day total of 238.28 crores nett at the domestic box office. The Kashmir Files Day Wise Box Office Collection