The new PAN-India film RRR has taken the box office by storm amid the wave of the blockbuster The Kashmir Files. Directed by SS Rajamouli, the Telugu period action drama took an earth-shattering start at the box office and has emerged as the biggest Indian opener worldwide with 223 crores gross collection, breaking Baahubali 2 record of 217 crores gross. 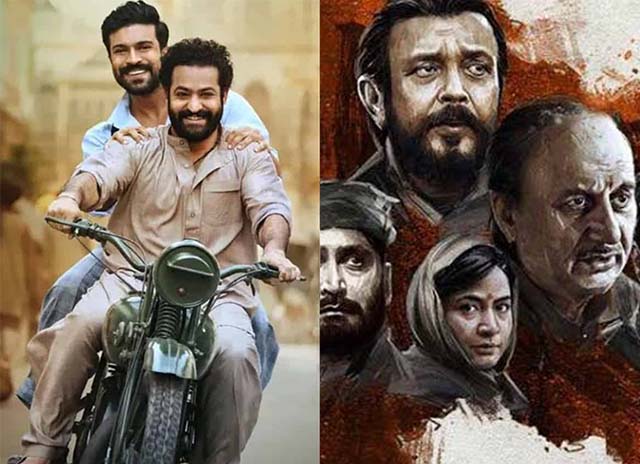 RRR starring Jr NTR, Ram Charan, Ajay Devgn, and Alia Bhatt, has received positive reviews from many critics as well as the audience. Director Rajamouli is being appreciated by everyone for making such an enthralling film with spectacular visuals and a fantastic star cast.

The Hindi version of the film opened on an overall excellent note on Friday and recorded an opening business of 19 crores nett from 3400 screens. On Saturday, it witnessed a decent jump and managed to collect 24 crores. After 2 days, RRR Hindi has registered a total of 43 crores nett at the Indian box office.

On the other hand, The Kashmir Files has been hit with RRR and reduced screens, but still, it is enjoying a solid run at the box office across the country. On a fabulous note so far, Vivek Ranjan Agnihotri’s directorial did a massive business of 97.30 crores in week 1 and 110.03 crores in week 2 from 2000 and 4000 screens respectively.

Now the film is running across 2800 screens in its third week. On the 3rd Friday, The Kashmir Files recorded a significant drop in business and minted 4.50 crores. While on the 3rd Saturday, it retained its pace and raked a business of 7.60 crores, taking its 16-day total collection to 219.43 crores nett at the domestic box office.