The two new Hindi films released this week, Runway 34 and Heropanti 2 have unfortunately been affected by the existing PAN-India sensation KGF 2 and failed to attract enough audiences to the theatres. Both the offerings have registered a below-average opening weekend at the domestic box office. 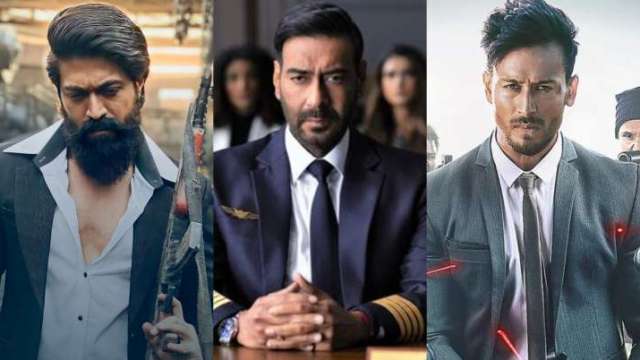 Amitabh Bachchan, Ajay Devgn, Rakul Preet Singh, and Boman Irani starrer thriller Runway 34 took a dull start of 3 crores on Friday but has shown an uptrend over the weekend due to positive word of mouth. After a decent jump, the film managed to collect 4.75 crores on Saturday and 5.75 crores on Sunday. With this, it has registered a 3-day total of 13.50 crores nett.

In parallel, Tiger Shroff, Tara Sutaria, and Nawazuddin Siddiqui starrer Heropanti 2 opened on an average note and did a business of 6.50 crores on Friday. Due to mixed word of mouth, the film recorded drops and minted an amount of 5 crores on Saturday and 4 crores on Sunday. After 3 days, it has registered a weekend-1 total of 15.50 crores nett.

On the other hand, Yash, Srinidhi Shetty, Sanjay Dutt, and Raveena Tandon starrer KGF 2 is reigning at the box office. After the two blockbuster weeks, it is heading strongly in the third week as well. The film did a business of 269.60 crores in an 8-day extended first week and 79.21 crores in week-2 with its Hindi version.

At the third weekend, Prashanth Neel’s directorial remained unaffected by the new releases and raked a business of 4.25 crores on Friday. Showing a good jump, it collected 7.25 crores on Saturday and 9.27 crores on Sunday. After 18 days, KGF 2 (Hindi) has registered a total of 369.58 crores nett and is likely to surpass the lifetime business of Dangal (387.38 crores) by this week as the Eid holiday will also add benefits.