In parallel to the new Hindi release Chhichhore, there are two existing films which are getting a considerable response at the box office- last week released Prabhas & Shraddha Kapoor starrer Saaho and three weeks back released Akshay Kumar & Vidya Balan starrer Mission Mangal. 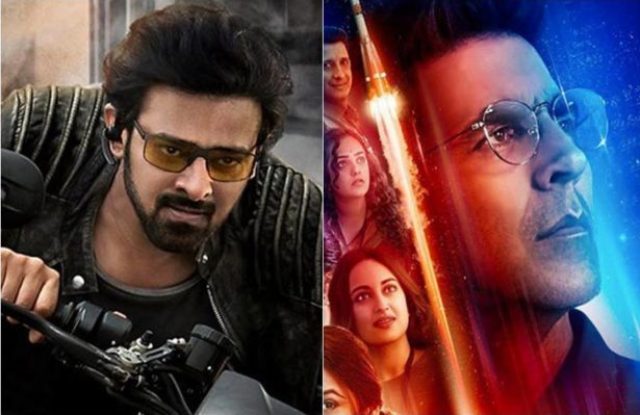 Directed by Sujeeth, Saaho is a big budget trilingual action thriller which has unfortunately got failed to live up to the expectations but had still managed to registered an excellent business of 116.03 crores in the first week from its Hindi version. In the second weekend, it scored 14.95 crores that included 3.75 crores on Friday, 4.60 crores on Saturday & 6.60 crores on Sunday.

Produced by UV Creations and T-Series Films the film has entered on weekdays once again and expectedly witnessed a significant drop in footfalls. On Monday, it bagged the amount of 2.11 crores and raised its 11 days total collection to 133.09 crores nett at the domestic box office from Hindi screens.

On the other hand, Jagan Shakti’s directorial Hindi space drama Mission Mangal has impressed almost everyone in theatres and gathered a positive word of mouth. As a result, it did the business of 128.16 crores in the first, 49.95 crores in the second and 15.03 crores in the third week.

In the fourth weekend as well, Fox Star Studios’ presentation had remained steady and minted 4.23 crores with 0.73 crore on Friday, 1.40 crore on Saturday & 2.10 crores on Sunday. On 4th Monday, the film has faced a slight drop than Friday and collected 0.61 crore. After 26 days, its total collection has become 197.97 crores nett.