After an excellent first week, the biggest Indian action thriller Saaho had passed the second weekend at a good note and now heading steadily on weekdays. While the three weeks back released India’s first space Hindi film Mission Mangal is also performing well after a successful run so far at the box office. 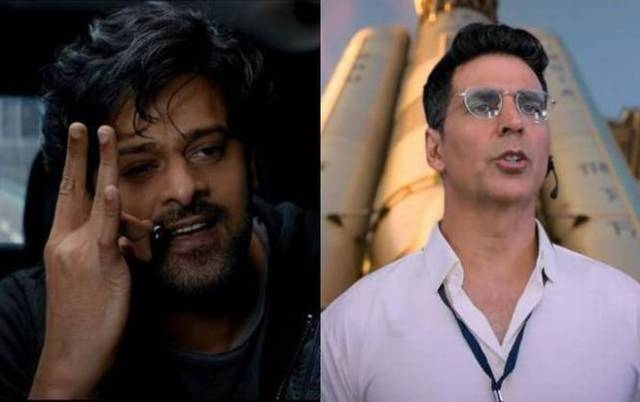 Marks the debut Hindi film of superstar Prabhas opposite Shraddha Kapoor, Saaho has unfortunately got failed to live up to the expectations and gathered a mixed word of mouth. Still, it did a solid business of 116.03 crores nett in the first week from its Hindi version only.

On the other hand, superstar Akshay Kumar and Vidya Balan starrer Mission Mangal has got succeed to impress almost everyone in theatres and gathered a positive word of mouth. As a result, it had garnered the business of 128.16 crores in the first, 49.95 crores in the second and 15.03 crores in the third week.

In the fourth weekend, Jagan Shakti’s directorial had remained steady and scored 4.23 crores with 0.73 crore on Friday, 1.40 crore on Saturday & 2.10 crores on Sunday. On 4th Monday, after a slight decline, it had minted 0.61 crore. On 4th Tuesday, the film showed growth and collected 1.01 crore. With this, its 27 days total collection has become 198.99 crores nett.