The hugely-awaited movie of the year so far, Saaho has definitely witnessed a slowdown at the box office in its second week but still running steadily. While in parallel, the much-anticipated Mission Mangal is performing well even in its fourth week after passing the last three weeks successfully. 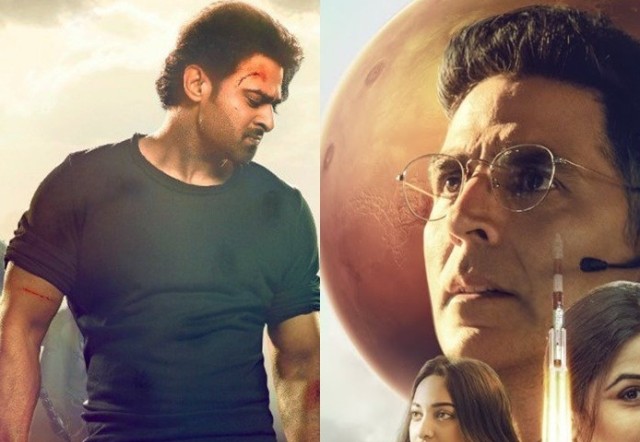 Superstar Prabhas and Shraddha Kapoor starrer action thriller Saaho has unfortunately got failed to live up to the expectations but still, it did an excellent business of 116.03 crores in the first week. In the second weekend, it had raked 14.95 crores that included 3.75 crores on Friday, 4.60 crores on Saturday & 6.60 crores on Sunday.

On 2nd Monday, Sujeeth’s directorial had faced a usual drop and minted 2.11 crores. While on 2nd Tuesday, it took a jump due to a holiday and raked 2.63 crores. On the next day i.e. 2nd Wednesday, after a drop, the movie managed to collect 1.85 crores and raised 13 days total collection to 137.57 crores nett from its Hindi versions.

On the other hand, superstar Akshay Kumar and Vidya Balan starrer Mission Mangal has gathered a positive word of mouth and did the business of 128.16 crores in the first, 49.95 crores in the second and 15.03 crores in the third week. In the fourth weekend, it had scored 4.23 crores with 0.73 crore on Friday, 1.40 crore on Saturday & 2.10 crores on Sunday.

On 4th Monday, Jagan Shakti’s directorial had witnessed a slight decline and minted 0.61 crore, while on 4th Tuesday, it took a jump and bagged 1.01 crore. By getting dropped again, the movie managed to collect 0.54 crore on 4th Wednesday and raised its 28 days total collection to 199.53 crores nett at the domestic box office.