The third-biggest film of India after 2.0 & Baahubali franchise, Saaho is all set to hit the theatres on Friday amid huge excitement of fans. Being the debut of superstar Prabhas in Hindi Cinema, it is undoubtedly the most-buzzed film of the year which is positively expected to take an earth-shattering opening across the country as well as overseas. 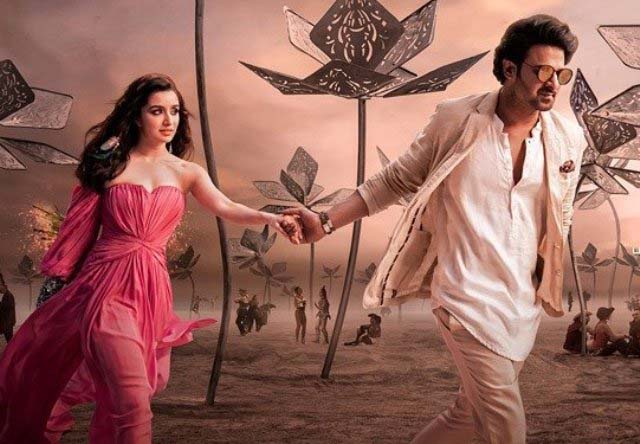 Directed by Sujeeth, Saaho marks the debut of Shraddha Kapoor in South Indian Cinema as the film is shot in three languages- Hindi, Tamil & Telugu simultaneously. The immensely-awaited action thriller is loaded with high-octane action & stunts that we have seen in its trailer.

After Baahubali franchise, Prabhas is a popular name among the Hindi audience as well and this is the reason, his new offering has a solid Pan India appeal. In 2015, the Hindi version of Baahubali 1 was opened at 5.15 crores, while in 2017, Baahubali 2 did the business opening business of 41 crores from Hindi screens alone.

Saaho already stands taller and the presence of Shraddha Kapoor will definitely give it some advantage at the box office. Considering the records & current scenario, the film is expected to open in a range of 21-22 crores nett from its Hindi version which is releasing on 3000 screens.

UV Creations & T-Series Films’ production is releasing in Tamil, Telugu & dubbed Malayalam languages also and as per the huge initial buzz, the film is expected to register the opening business of 60+ crores at the domestic box office. The number could go higher if it gets the desired reaction from the viewers.