After a tremendous opening across south India & overseas, latest Tamil action drama Sarkar is now gradually going down at the box office. The main cause of this, is the protest of AIADMK leaders in Tamil Nadu against the movie, due to which, many theaters owners are cancelling the night shows. 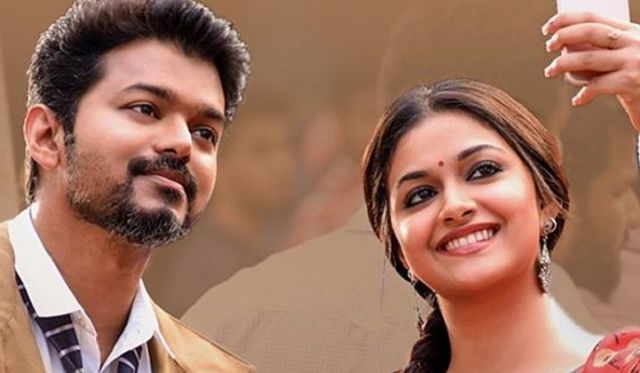 Starring Thalapathy Vijay & Keerthy Suresh in lead roles, Sarkar got succeed to entertain the viewers and received positive reviews from the critics. With a good word of mouth, the movie was running phenomenally worldwide until the protest started. Although, it is still garnering good numbers at the box office

AR Murugadoss’ directorial was released on Tuesday and started its journey on an earth-shattering note. With a terrific occupancy, it registered the opening business of 31.60 crores across Tamil Nadu that included 2.37 crores from Chennai, which is the biggest ever opening in the state capital.

On Wednesday, after a considerable drop in footfalls, Sarkar managed to collect 18.50 crores. Dropping further, it raked the business of 12.75 crores on Thursday. Then on Friday, the movie bagged 10.40 crores and raised its 4 days total collection to 73.25 crores from the Tamil state including approx. 8.25 crores from Chennai.