After the 2-days protest of AIADMK leaders, makers of Tamil action-drama Sarkar had no choice left except to delete the objected scenes from the movie. Due to this controversy, Thalapathy Vijay starrer has experienced a noticeable dent in its business, as many theaters owners in the state had canceled the shows to avoid any trouble. 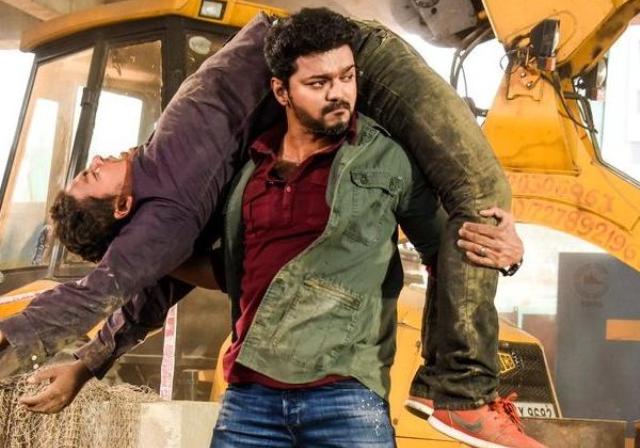 Directed by AR Murugadoss, Sarkar has got succeed to entertain many in theaters and received mostly positive reviews from the critics. After grossing 100-crores within just 2 days, the got movie dropped abruptly due to the protest, but now it is expected to maintain a good pace onwards.

Produced by Sun Pictures, the movie was released on Tuesday amid the huge excitement of fans and as expected took an earth-shattering start. With a massive occupancy across the Tamil state, it registered the opening business of 31.60 crores and become the biggest Tamil opener of all time in Chennai with 2.37 crores.

On Wednesday, after a healthy drop due to the protest, Sarkar did the business of 18.50 crores. With a further decline, it grossed the amount of 12.75 crores on Thursday & 10.40 crores on Friday. Then on the next day i.e. Saturday, Vijay-Keerthy starrer collected 8 crores and raised its 5 days total collection to 81.25 crores from Tamil Nadu including approx 9.25 crores from Chennai.