After grossing 200 crores worldwide, now Tamil action-drama Sarkar is all set to gross 100 crores from Tamil Nadu within 7 days of release, out of which 2 days were affected by AIADMK protest. Now the protest has been called off as the makers have deleted the objected scenes and the film is back on track. 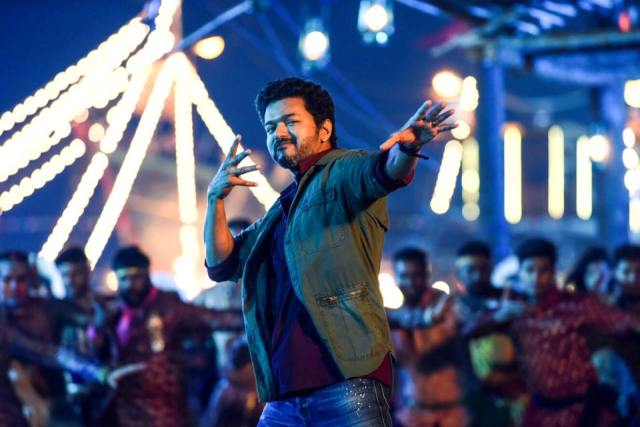 Directed by AR Murugadoss, Sarkar is a mass entertainer and received positive reviews from the critics as well as the audience. As a result, it gained a solid word of mouth and registered the earth-opening on Tuesday with 31.60 crores from 650+ screens across Tamil Nadu.

Then on Wednesday, after a usual drop in footfalls, the film raked the business of 18.50 crores. With a further decline but on a steady note, it grossed the amount of 12.75 crores on Thursday, 10.40 crores on Friday, 8 crores on Saturday & 9 crores on Sunday.

After the 6-days extended weekend, the total collection of Sarkar was recorded at 90.25 crores across the Tamil state. Now it has entered on weekdays and got dropped again. On Monday, Thalapathy Vijay starrer bagged the amount of 6.50 crores and raised its 7 days total gross collection to 96.75 crores.

Outside Tamil Nadu & in the international market as well, Sun Pictures’ production is running superbly and grossed 200 crores globally within 6 days of release. On Monday, it added 11 crores more to the account and raised total gross to 211 crores from 3000+ screens.