The week’s new Hindi offering Antim: The Final Truth starring Salman Khan, Aayush Sharma, and debutante Mahima Makwana, is leading ahead of its direct competitor Satyameva Jayate 2 by a good margin at the box office. The film has shown significant growth over the weekend while the other remained poor throughout. 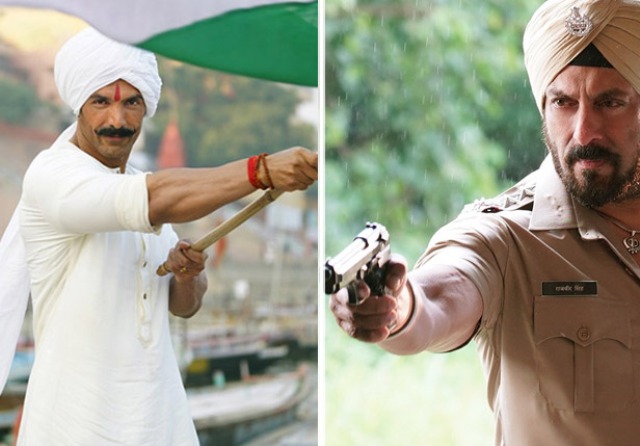 Directed by Mahesh Manjrekar, the action-drama Antim may have Aayush Sharma as the main lead but Salman Khan fans are showing good support to the film. On Friday, it was opened on a slow note in the morning but managed to pick up well later and registered a decent opening business of 5.03 crores nett from nearly 3200 screens in India.

On Saturday, Antim: The Final Truth recorded 19.88% growth vis-a-vis Friday and minted an amount of 6.03 crores. Then on Sunday, the film witnessed a huge jump in footfalls and raked a business of 7.55 crores. With this, Antim has put up a solid total of 18.61 crores nett at the domestic box office after 3 days. Due to the Salman Khan factor, the film is expected to hold well on weekdays also.

In the parallel, John Abraham and Divya Khosla Kumar starrer Satyamave Jayate 2 which was released on Thursday, is facing rejection from the audience. Due to the negative word of mouth, the film remained poor throughout and ended its 4-day extended weekend at almost half as compared to the opening day of its predecessor Satyameva Jayate (20.52 crores). Already existing Sooryavanshi showed a better box office trend in its 4th weekend.

Directed by Milap Zaveri, Satyameva Jayate 2 was opened on a slow note and did a business of 3.60 crores on Thursday. Then after the release of Antim, it got affected and managed to score only 2 crores on Friday and 2.10 crores on Saturday. On Sunday as well, the film remained poor despite a jump and minted 2.50 crores. After 4 days, its domestic total has been recorded as 10.20 crores nett from 2500 screens.