Superstar Salman Khan, Aayush Sharma, and debutante Mahima Makwana starrer action-drama film Antim: The Final Truth has shown a solid trend over the weekend as compared to its direct competitor Satyameva Jayate 2. After a good opening weekend, it remained steady on Monday and added a decent amount to its account on the fourth day. 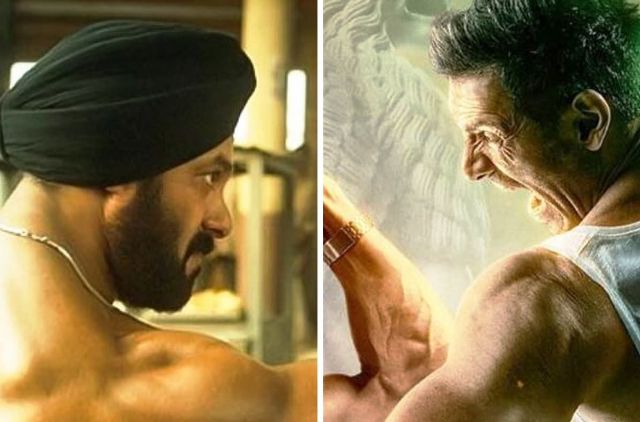 Directed by Mahesh Manjrekar, Antim: The Final Truth is leading ahead of SMJ-2 from the very first day due to the positive word of mouth and the Salman Khan factor. On Friday, the film was opened on a slow note in the morning but took a decent growth post noon shows in multiplexes and scored 5.03 crores from nearly 3200 screens in India.

Showing an upward trend, Antim registered a total business of 18.61 crores nett in the opening weekend which included 6.03 crores on Saturday and 7.55 crores on Sunday. Then on Monday, after a usual drop in footfall, it has minted an amount of 3.24 crores and has put up a total of 21.85 crores nett after 4 days at the domestic box office.

On the other hand, John Abraham and Divya Khosla Kumar starrer Satyameva Jayate 2, which was released a day ahead of Antim with higher expectations, has unfortunately got failed at the box office. On Thursday, it was opened at a slow note and minted an amount of only 3.60 crores from 2500 screens.

Due to negative word of mouth, Milap Zaveri’s directorial recorded a heavy drop in business and ended the 4-day extended opening weekend at 10.20 crores which included the opening numbers, 2 crores on Friday, 2.10 crores on Saturday, and 2.50 crores on Sunday. On Monday, after a usual decline, Satyameva Jayate 2 collected 1.05 crore and increased its total collection to 11.25 crores nett after 5 days.