Another biggie from Bollywood, Shamshera is finally in theatres across the country with the highest number of screens post-pandemic. Unfortunately, the film has received mixed reviews from critics and failed to even surpass the opening record of Alia Bhatt’s Gangubai Kathiawadi at the box office. 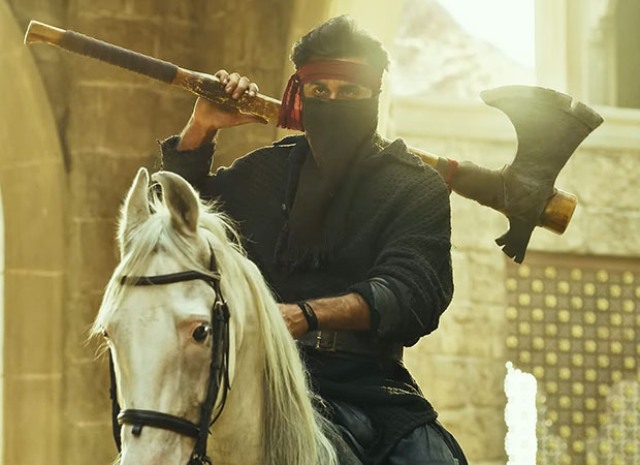 After a hiatus of 4 years, Ranbir Kapoor is back on silver screens with Shamshera co-starring Sanjay Dutt and Vaani Kapoor. The period action film directed by Karan Malhotra failed to create the desired impact on many critics as well as the viewers due to its outdated storyline.

On Friday, Shamshera opened on a low note in the morning with 15-20% occupancy across the country. From the evening shows, the film witnessed slight growth in footfalls and in the end, registered a business of only 10.25 crores nett from 4350 screens at the domestic box office, which is quite disappointing for the makers.

Being a comeback film of Ranbir Kapoor and a big-scale project of Yash Raj Films, Shamshera was expected to be a box office winner but such a dull opening doesn’t seem in its favour. It has scored lower than YRF’s previous offering Samrat Prithviraj (10.70 crores), which was also a disappointment.

With the opening of 10.25 crores nett, Shamshera has become the fifth best-opening film of the year so far in Bollywood after Bhool Bhulaiyaa 2 (14.11 crores), Bachchhan Paandey (13.25 crores), Samrat Prithviraj (10.70 crores) & Gangubai Kathiawadi (10.50 crores). Also, it has emerged as the 6th highest opening film of Ranbir Kapoor after Tamasha (10.94 crores).

As per the current trend, the film is expected to remain almost flat over the weekend. Let’s see how it will perform further amid mixed word of mouth.