The young superstar of Bollywood, Ranveer Singh’s latest offering Simmba is showing an outstanding performance at the box office since its release and has now become the second highest grossing film of his career by surpassing the lifetime total of Bajirao Mastani (184.20 crores) within just 10 days of release. 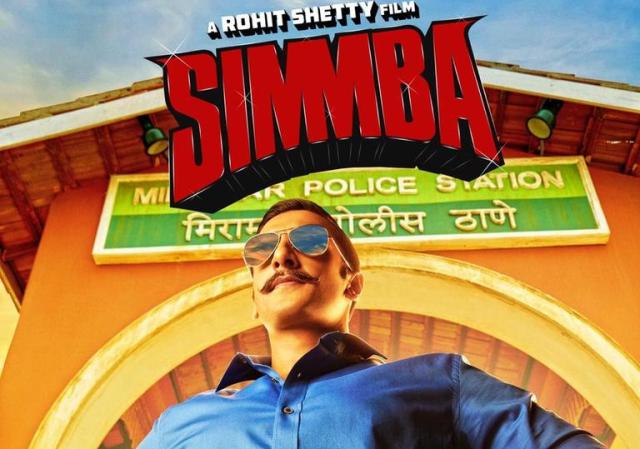 Directed by the hit-machine Rohit Shetty, Simmba has got succeed to entertain many in theatres and received mostly positive reviews. After a tremendous start, it remained super-strong throughout the opening week and did the business of 150.81 crores which included 75.11 crores in the weekend and 75.70 crores on weekdays from 4020 screens.

Co-starring the sensational Sara Ali Khan & Sonu Sood, the film is now running in the second week and once again picked up superbly well over its second weekend. On 2nd Friday, it raked the business of 9.02 crores after a drop of 23.43% than the previous day.

Then on 2nd Saturday, Simmba witnessed a healthy jump in footfalls and registered the business of 13.32 crores. On the next day i.e. 2nd Sunday, with further growth, it minted 17.49 crores and raised 10 days total collection to 190.64 crores nett (244.41 crores gross) at the domestic box office.

From the international market as well, Rohit Shetty, Karan Johar & Reliance Entertainment’s production is receiving a great response and has grossed the business of around 320 crores at the worldwide box office, which is incredible.