After registering a massive business in the last four weeks, the Hindi action entertainer Simmba has passed its fifth week as well on a considerable note despite being affected by the new releases Manikarnika: The Queen of Jhansi, Thackeray & the already existing exceptionally running Uri The Surgical Strike. 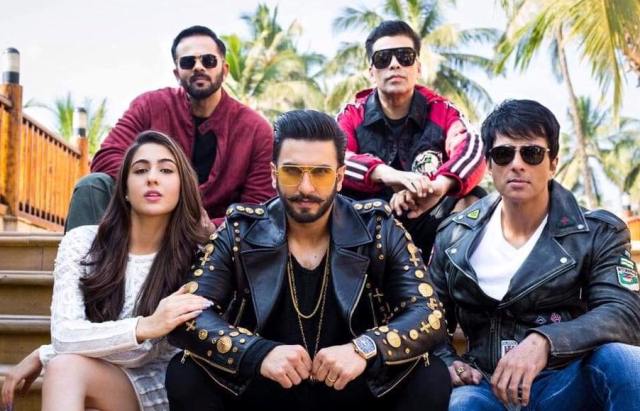 Starring the powerhouse of talent Ranveer Singh & the sensational Sara Ali Khan in lead roles along with Sonu Sood, Simmba registered the business of 0.80 crore in the fifth weekend which included 0.12 crore on Friday, 0.33 crore on Saturday & 0.35 crore on Sunday.

Reliance Entertainment & Rohit Shetty Picturez’ production in association with Karan Johar’s Dharma Productions, Simmba gathered a solid word of mouth and did the business of 150.81 crores in the first, 61.62 crores in the second, 20.06 crores in the third & 6.18 crores in the fourth week.

As per the current trend, the first film of Rohit Shetty & Ranveer Singh together will wind-up the box office journey at around 240.20 crores nett (307.95 crores gross) as its lifetime business from Indian screens, which is fabulous.