Akshay Kumar and Katrina Kaif starrer with Ajay Devgn and Ranveer Singh in a special appearance, the new big Bollywood offering Sooryavanshi has taken the box office by storm. The action entertainer has single-handedly revived cinema halls across North India and paved the way for upcoming big-ticket films. 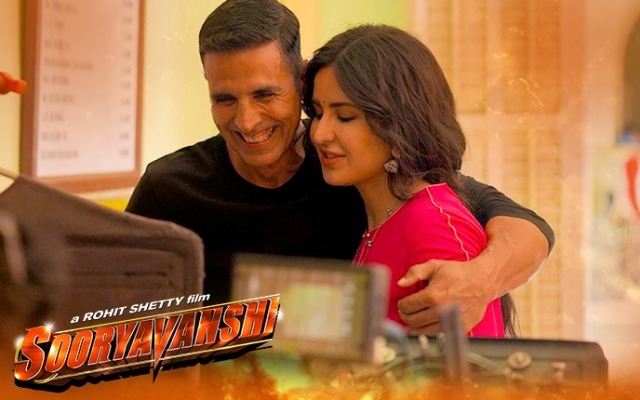 Directed by the hit machine Rohit Shetty, Sooryavanshi is being lauded by all the viewers and received positive reviews from critics. Due to positive word of mouth, the film is showing a wonderful performance at the box office and in the second week as well, it has a strong hold over the audience worldwide.

After an excellent start, Sooryavanshi remained rock-solid throughout and did a business of 120.66 crores in the first week, which included 77.08 crores in the opening weekend and 43.58 crores on weekdays from 3519 screens nationwide. Now in the second week as well, the film is getting a terrific response at the box office.

Reliance Entertainment’s presentation recorded a usual drop on the 2nd Friday and minted the amount of 6.83 crores. On 2nd Saturday being a solo running Hindi film, it retained the pace and bagged 10.35 crores. While on 2nd Sunday, the film witnessed a good jump of 29.37% vis-a-vis the previous day and scored 13.39 crores on the board. [Link: Sooryavanshi Day-Wise Collection]

With this, the total collection of Sooryavanshi after 10 days has become 151.23 crores nett (178.34 crores gross) at the domestic box office. As per the current, the 200-crore mark doesn’t seem difficult to surpass. In the international market as well, the film is running successfully and has grossed approx. 228 crores worldwide after the 2nd weekend.