Superstar Akshay Kumar and Katrina Kaif starrer action entertainer, Sooryavanshi continues its winning streak at the box office. After a blockbuster opening week, the film remained strong in the second week as well due to positive word of mouth and now entered the third weekend on a steady note despite the new Hindi release Bunty Aur Babli 2. 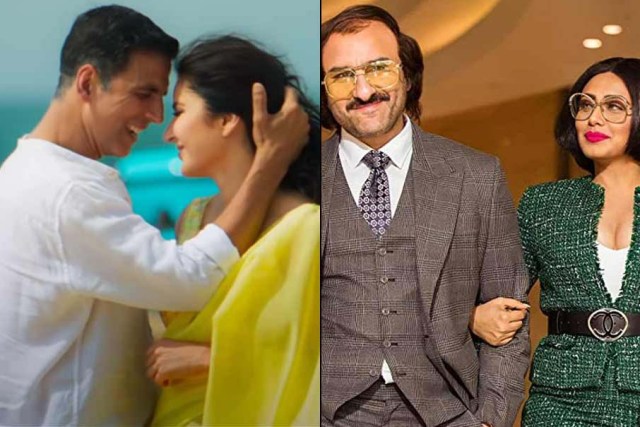 After 2 weeks at the domestic box office, the first-ever collaboration between Akshay and director Rohit Shetty – Sooryavanshi recorded a business of 166.23 crores which included 120.66 crores in the first week and 45.57 crores in the second. On its 3rd Friday, being a holiday of Gurpurab in North, the film managed to remain steady and collected 3.27 crores nett.

With this, the total collection of Sooryavanshi after 15 days has become 169.50 crores nett (199.88 crores gross) from India. In the international market as well, the film is doing very well and has put up a total of 254.78 crores gross till 3rd Friday including 54.90 crores gross from overseas. [Sooryavanshi Day-Wise Collection]

On the other hand, the new Hindi release Bunty Aur Babli 2 starring Saif Ali Khan, Rani Mukerji, Siddhant Chaturvedi and debutante Sharvari, has recorded a slow start due to mixed reviews from critics. It was opened at an occupancy of 10% in the morning across India and witnessed minimal growth after the noon shows in the North.

Directed by Varun V. Sharma, Bunty Aur Babli 2 got failed to attract enough audience toward theatres on its opening day and registered the business of 2.60 crores nett from 1800 screens nationwide. Although being a comedy, the film is expected to gain some momentum over the weekend.