A couple of weeks back released action thriller Sooryavanshi still has a very good hold over the audience in India and is likely to touch the 180-crore mark by this weekend. With two newly awaited Hindi films – Satyamev Jayate 2 and Antim: The Final Truth releasing next week, it will be interesting to see if Sooryavanshi will be able to enter the 200-crore club in its lifetime. 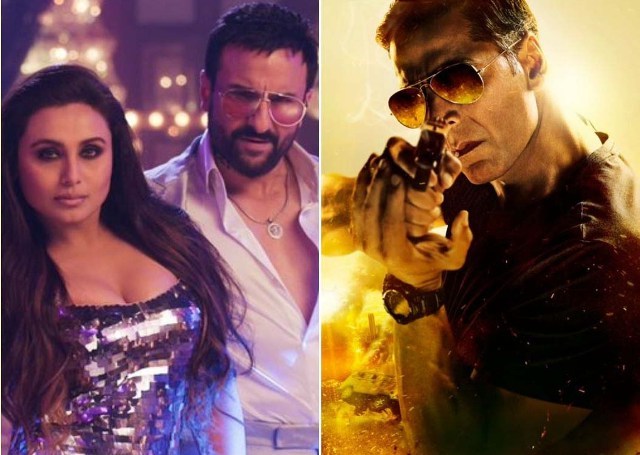 Despite having the new offering Bunty Aur Babli 2 in parallel, Akshay Kumar and Rohit Shetty’s first-ever collaboration Sooryavanshi is maintaining a good pace in its third weekend and minted the amount of 3.26 crores on Friday. With a decent jump on Saturday, it raked the business of 3.77 crores on Saturday and put up a total of 173.27 crores nett (204.33 crores gross) after 16 days at the domestic box office. [Sooryavanshi Day-Wise Collection]

In the first and second week, Akshay and Katrina Kaif starrer Sooryavanshi did an excellent business of 120.66 crores and 45.57 crores respectively. In the international market as well, the film running successfully and at the worldwide box office so far, it has grossed the business of 260.87 crores including 56.54 crores gross from overseas.

On the other hand, this Friday’s new release Bunty Aur Babli 2 starring Saif Ali Khan, Rani Mukerji, Siddhant Chaturvedi, Sharvari Wagh & Pankaj Tripathi, has got failed to create the desired impact over the audience and registered a dull opening of only 2.60 crores on Friday despite Guru Purab holiday in North India.

On Saturday despite being a weekend, the sequel to 2005’s Bunty Aur Babli witnessed a dip in footfalls and managed to collect only 2.50 crores. With this, the total collection of Bunty Aur Babli 2 after 2 days has become 5.10 crores nett at the domestic box office from 1800 screens.