Despite having the new Hindi offering Bunty Aur Babli 2 in parallel, a couple of weeks back released Sooryavanshi is still maintaining a good pace at the box office and has registered a decent business in its 3rd weekend. While the recent one remained dull throughout its opening weekend due to mixed word of mouth. 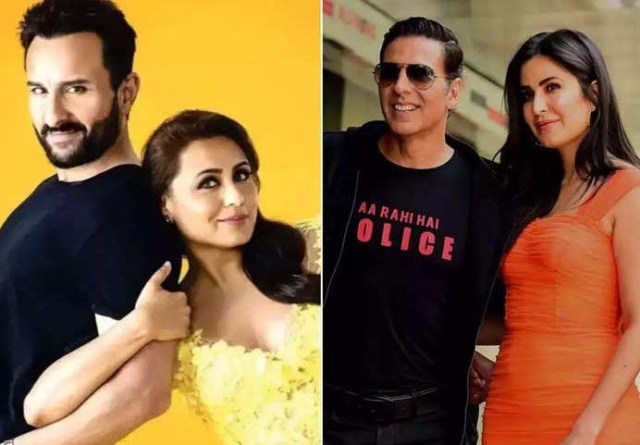 Featuring Akshay Kumar, Katrina Kaif, Ajay Devgn, and Ranveer Singh, Sooryavanshi continues to enjoy a blockbuster run at the box office. The film entered the 3rd week on a steady note and minted 3.27 crores on Friday and 3.77 crores on Saturday. With a further jump, it has bagged a business of 5.33 crores on Sunday and put up a total of 178.60 crores nett (210.61 crores gross) after 17 days. [Sooryavanshi Day-Wise Collection]

In its first and second week, hit machine Rohit Shetty’s action entertainer Sooryavanshi registered a massive business of 120.66 crores and 45.57 crores respectively. In the international market also, the film is doing excellent and has grossed 268.49 crores so far at the worldwide box office including 57.88 crores gross from overseas.

On the other hand, Yash Raj Films’ Bunty Aur Babli 2 starring Saif Ali Khan, Rani Mukerji, Siddhant Chaturvedi, Sharvari Wagh, and Pankaj Tripathi, has got failed to impress the viewers and remained dull throughout its first weekend at the domestic box office. On Friday, it was opened on a slow note despite the Guru Purab holiday in North India and raked 2.60 crores.

Then on the second day i.e. Saturday, Bunty Aur Babli 2 witnessed a dip and added only 2.50 crores to its account. On Sunday being a public holiday, it managed to take a minimal jump but still remained dull with a business of 3.20 crores. After 3 days, the total collection of the film has been recorded as 8.30 crores nett from 1800 screens nationwide.