Finally, the keenly awaited action entertainer Sooryavanshi has hit the theatres after a long delay due to pandemic and received an overwhelming response from the audience on an opening day. Positive reviews from critics and positive word of mouth from the audience helped the film to score excellent numbers at the box office. 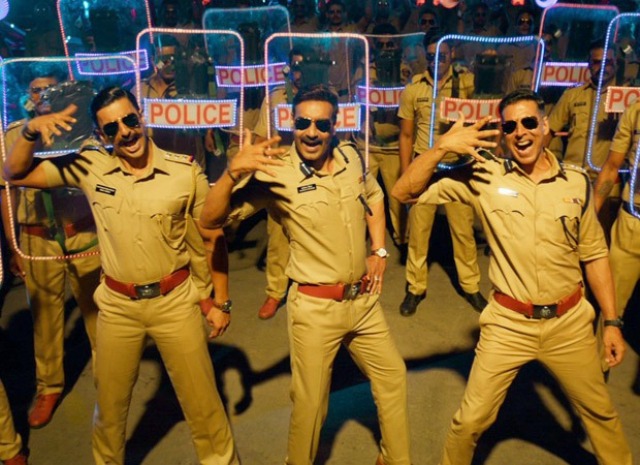 Featuring superstar Akshay Kumar and Katrina Kaif in the lead roles along with Ajay Devgn and Ranveer Singh in the special appearance, Sooryavanshi has created a solid impact on viewers. Director Rohit Shetty’s fourth cop action-drama film after Singham, Singham Returns, and Simmba, is being lauded by everyone.

Sooryavanshi being the first big-budget offering from Bollywood after the lockdown has successfully brought back the lustre at the box office. After a decent start in the morning, the film witnessed a stellar growth in multiplexes from the afternoon shows. Single screens recorded tremendous footfalls throughout the day.

Sooryavanshi has been released on 3519 screens across the country and on a terrific note, it has registered the opening business of 26.29 crores nett (31.30 crores gross) on Friday. With this, the film has become the second-biggest opening day grosser for Akshay Kumar after Mission Mangal (29.16 crores). Definitely, the opening numbers would have been higher, if the issue was settled earlier with national multiplex chains.

Anyway, audiences are back in theaters as if there was no pandemic and this is a great news for Indian cinema and its allies. Sooryavanshi is positively expected to remain solid throughout the weekend and to register a massive total at the box office. In the overseas market as well, the film is doing really well and grossed around 40 crores worldwide on day-one including 8.10 crores gross from overseas.