The first-ever collaboration between the two hit-machines of Bollywood, superstar Akshay Kumar and director Rohit Shetty – the cop action thriller film Sooryavanshi is roaring at the box office since its release. After scoring massive numbers in the first two weeks, the film remained strong in the third week too and inched closer to the 185-crore mark nationwide. 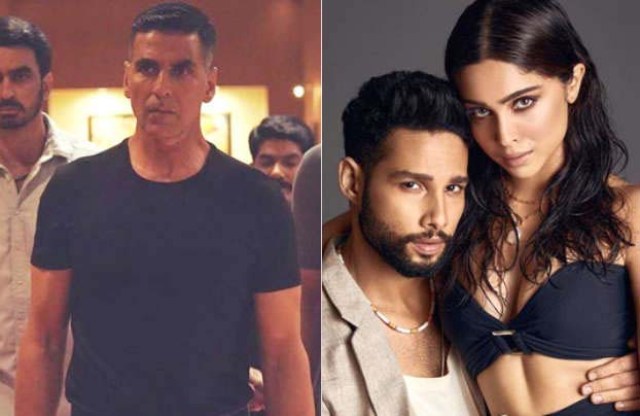 Despite having the new release Bunty Aur Babli 2 in the opposite, the action entertainer Sooryavanshi recorded an excellent response from the audience across India and registered a business of 12.37 crores in the third weekend which included 3.27 crores on Friday, 3.77 crores on Saturday, and 5.33 crores on Sunday.

Then on weekdays as well, Akshay Kumar and Katrina Kaif starrer Sooryavanshi remained steady and minted 1.88 crores on Monday, 1.70 crores on Tuesday, and 1.57 crores on Wednesday. On its 3rd Thursday, on a similar note, the film managed to collect 1.18 crore despite the fresh offering Satyameva Jayate 2 and put up a total of 184.93 crores nett (218.08 crores gross) after 3 weeks at the domestic box office. [Sooryavanshi Day-Wise Collection Report]

In the first two weeks, Sooryavanshi did a terrific business of 120.66 crores and 45.57 crores respectively. In the international market also, it is running successfully and has grossed approx. 277.78 crores at the worldwide box office including 59.70 crores gross from overseas after 21 days of release.

In the parallel, Bunty Aur Babli 2 –  the sequel to 2005’s Bunty Aur Babli, has got failed to impress the viewers and remained overall poor at the box office. On a dull note, it did a business of 8.30 crores in the opening weekend which included 2.60 crores on Friday, 2.50 crores on Saturday, and 3.20 crores on Sunday from 1800 screens nationwide.

On weekdays, Saif Ali Khan, Rani Mukerji, Siddhant Chaturvedi, Sharvari Wagh, and Pankaj Tripathi starrer con-comedy Bunty Aur Babli 2 witnessed an abrupt dip in footfall and bagged a business of 0.95 crore on Monday, 0.75 crore on Tuesday, 0.65 crore on Wednesday, and 0.50 crore on Thursday. After a week, the total of the film has been recorded as 11.15 crores nett.