The latest Hindi offering Antim: The Final Truth starring Salman Khan, Aayush Sharma, and debutante Mahina Makwana, is doing very well at the box office since its release despite a clash with another film of the same genre. The film showed a positive trend over the weekend and now heading steadily on weekdays with a solid grip in Maharashtra. 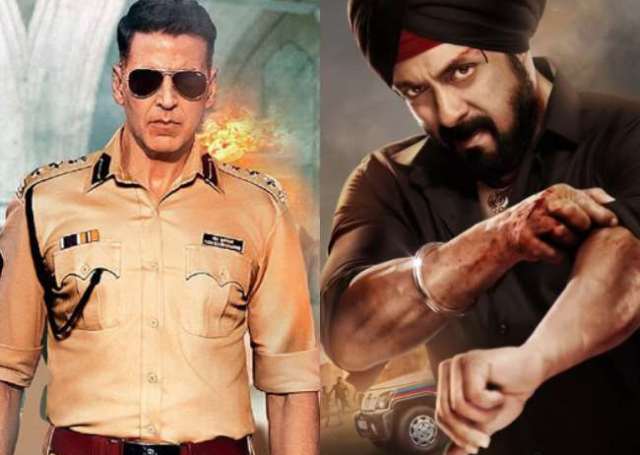 Directed by Mahesh Manjrekar, the action-drama film Antim: The Final Truth took a decent start at the box office on Friday. Due to the positive word of mouth, it maintained a good pace over the weekend and did a business of 18.61 crores which included 5.03 crores on Friday, 6.03 crores on Saturday, and 7.55 crores on Sunday from nearly 3200 screens in India.

Then on weekdays, Salman Khan Films’ presentation recorded a usual drop in footfalls but still scored well with 3.24 crores on Monday. On Tuesday after a minimal drop, Antim: The Final Truth minted an amount of 2.90 crores and has put up a total of 24.75 crores nett at the domestic box office after 5 days.

On the other hand, the adjacent release Satyamave Jayate 2 has got failed at the box office but almost a month back released action-thriller Sooryavanshi still soaring. Superstar Akshay Kumar and Katrina Kaif starrer action entertainer did a massive business of 184.93 crores in the first weeks. [Sooryavanshi Day Wise Collection Report]

In the fourth weekend, Rohit Shetty’s directorial Sooryavanshi minted an amount of 4.19 crores with 0.71 crore on Friday, 1.43 crore on Saturday, and 2.05 crores on Sunday. On weekdays also, the film has enough hold over the audience and managed to score 0.62 crore on its 4th Monday despite limited screening across the country.

On 4th Tuesday on a similar note, Sooryavanshi bagged a business of 0.63 crore and increased its total collection to 190.37 crores nett (224.49 crores gross) after 26 days. At the worldwide box office, it has grossed 285.61 crores so far including 61.12 crores gross collection from overseas.