The latest Hindi offering Sooryavanshi is soaring at the box office from the first day and has registered a massive total in the opening weekend. Featuring Akshay Kumar and Katrina Kaif in the lead roles, this action entertainer has brought the lustre back at the box office and proved all the earlier expectations wrong about the revival of cinemas in north India. 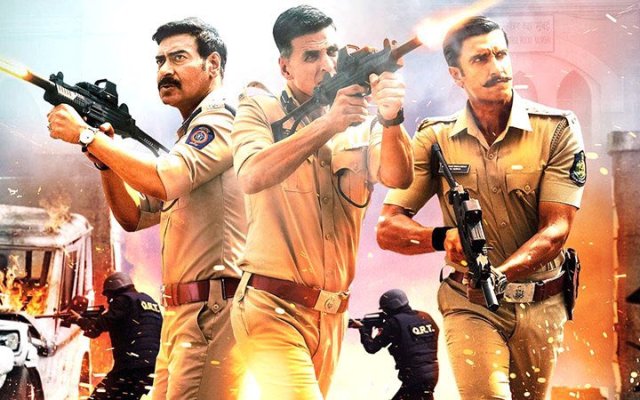 Directed by the hit-machine Rohit Shetty, Sooryavanshi has made a solid impact on viewers and is being lauded by everyone across the globe. The film has an apt proportion of emotion, drama, and action backed by the impressive performances of Akshay, Katrina, and others. Positive reviews from critics and positive word of mouth from the audience, helping the film to show stellar performance at the box office.

Sooryavanshi was released in theatres on Friday after much delay due to a pandemic. The film started on a decent note in the morning, but witnessed a spike in footfalls from the afternoon shows and recorded a business of 26.29 crores nett, which is Akshay’s second-best opening after Mission Mangal (29.16 crores).

On Saturday, Sooryavanshi remained solid and minted the amount of 23.85 crores after a slight dip vis-a-vis Friday. On Sunday, as expected, the film picked up again and collected 26.94 crores nett. With a tremendous performance throughout, it has done a massive business of 77.08 crores nett / 91.76 crores gross at the domestic box office from 3519 screens. In the international market, the film has grossed 24.58 crores in 3 days.

In August, Akshay Kumar revived cinemas in the country with his film Bell Bottom and now with Sooryavanshi, he has single-handedly revived the box office in North India. Definitely, Rohit, Akshay, and producers deserve applause for holding their film for more than 19 months to release it in theatres only.