The first-ever collaboration between the two hit machines of Bollywood – superstar Akshay Kumar and filmmaker Rohit Shetty, Sooryavanshi has brought back the spark at the box office. It is the first big-ticket film to release in cinemas after the lockdown, and the response it is getting from the audience across the country is phenomenal. 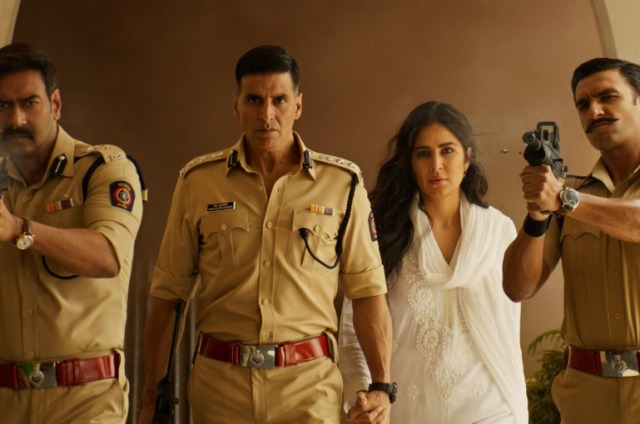 After a tremendous opening weekend at the box office worldwide, Sooryavanshi has now entered on weekdays and still showing a strong hold. Positive reviews from critics and positive word of mouth from the viewers is helping it to perform better than the earlier expectations. The film is set to become the first Hindi release of 2021 to enter the 100-crore club.

Featuring Katrina Kaif alongside Akshay, Sooryavanshi was opened at a decent note on Friday but recorded a terrific growth in footfalls from the afternoon shows and registered an excellent business of 26.29 crores nett, which is the second-highest opening of Akshay’s career so far after Mission Mangal (29.16 crores).

On Saturday, Reliance Entertainment’s presentation witnessed a slight dip in footfalls in major centres but still managed to score 23.85 crores. Then on Sunday, the film picked up again and minted the amount of 26.94 crores from 3519 screens nationwide. In the opening weekend, Sooryavanshi did the business of 77.08 crores nett (91.76 crores gross) from India and 116.34 crores gross worldwide.

Now, Sooryavanshi has entered on weekdays and still has a very good hold over the audience. On Monday, it recorded a drop of 44.8% vis-a-vis Friday and bagged the amount of 14.51 crores. With this, the total collection of the film after 4 days, has become 91.59 crores nett (109.03 crores gross) at the domestic box office and 137.21 crores gross globally.