Akshay Kumar, Katrina Kaif, Ajay Devgn, and Ranveer Singh starrer action entertainer Sooryavanshi is enjoying a terrific run at the box office. After a blockbuster opening weekend, the film is heading strongly on weekdays as well and has entered the 100-crore club on Tuesday, the 15th film of Akshay to cross this mark and 3 out of them are in the 200-crore club. 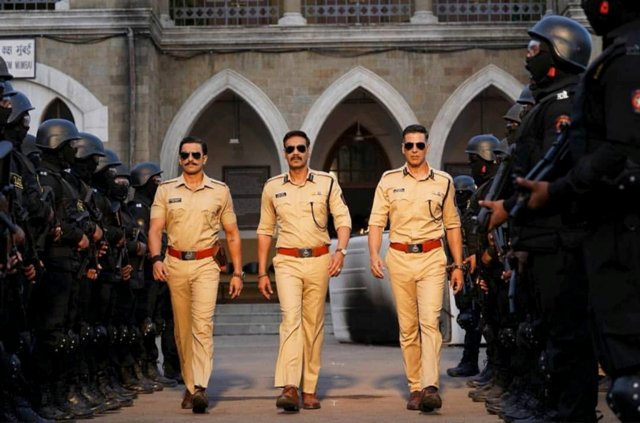 Director Rohit Shetty’s 4th film from his Cop Universe has single-handedly revived the box office in North India. After the lockdown, nobody expected this but Sooryavanshi has paved the way for upcoming big Bollywood releases. The film is being appreciated by the audience and the positive word of mouth is helping it to perform at its best.

Presented by Reliance Entertainment, Sooryavanshi was opened on a decent note on Friday but witnessed a spike in occupancy from the afternoon shows and registered the second-highest opening score of superstar Akshay Kumar with 26.29 crores. On an excellent note, the film did the business of 77.08 crores in the opening weekend including 23.85 crores on Saturday and 26.94 crores on Sunday. (Sooryavanshi 1st Weekend Total Collection)

Then on Monday being a normal working day, Sooryavanshi recorded a drop of 44.8% vis-a-vis Friday but still managed to stay strong and minted 14.51 crores. With a slight decline further, it bagged the amount of 11.22 crores on Tuesday and has put a total of 102.81 crores nett on the board after 5 days at the domestic box office from 3519 screens.

In the international market as well, Sooryavanshi is running successfully and has grossed 31.48 crores in 5 days from 1400 screens. With this, the worldwide total of Akshay-Rohit’s first-ever collaboration has become 153.87 crores gross including 122.39 crores gross from India.