After a solid opening weekend, Akshay Kumar and Katrina Kaif starrer Sooryavanshi remained strong on weekdays also and registered a massive business of approx. 121 crores in 7 days of release from India. With this, it has emerged as the 10th highest-grossing film of Akshay after surpassing the lifetime total of Jolly LLB 2 (117 crores) 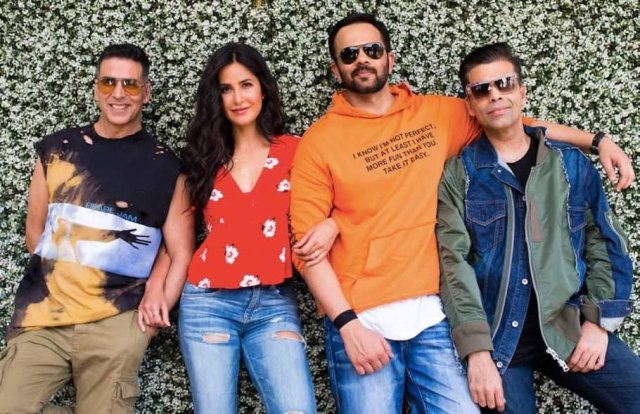 Sooryavanshi was opened on Friday on an excellent note and did the business of 26.29 crores, the second-best opening of Akshay Kumar’s career so far. Over the weekend, it remained rock-solid and raked the business of 77.08 crores nett which included 23.85 crores on Saturday and 26.94 crores on Sunday.

On weekdays, despite being normal working days, Rohit Shetty’s directorial Sooryavanshi stayed strong and minted the amount of 14.51 crores on Monday, 11.22 crores on Tuesday, and 9.55 crores on Wednesday. On the next day, with further decline, the film managed to do a good business of 8.30 crores. (Sooryavanshi 6th Day Box Office Collection)

After a week, the total collection of Sooryavanshi is reported as 120.66 crores nett / 142.39 crores gross at the domestic box office from 3519 screens. In the international market as well, it is receiving a wonderful response and has grossed 179.63 worldwide including 37.24 crores from 1400 screens overseas.

Sooryavanshi, presented by Reliance Entertainment, is taking the box office by storm and single-handedly revived cinemas in North India. The film is being appreciated by everyone due to its mind-blowing action sequences and of course the storyline. Positive reviews from critics and positive word of mouth from the audience is helping it to fly high at the box office.