The first-ever collaboration of superstar Akshay Kumar and director Rohit Shetty, Sooryavanshi has successfully brought back the spark at the box office. After more than a year, finally, the audiences are back in cinemas to enjoy Hindi films, which is a very good sign for the industry. The action entertainer has paved the way for the upcoming big Bollywood releases. 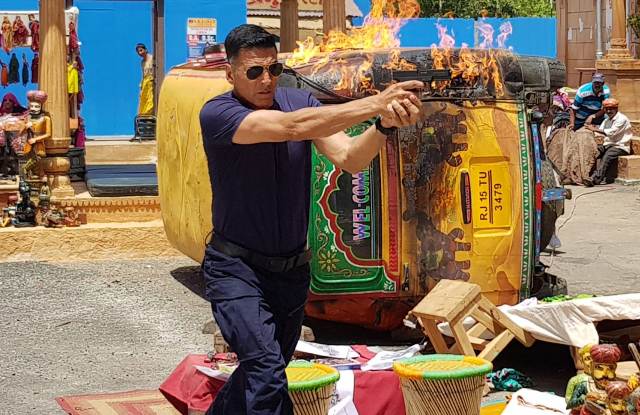 Sooryavanshi was released last Friday amid the terrific excitement of fans and as expected received positive reviews from everyone. The positive word of mouth played its role very well and the film did a wonderful business in the opening weekend with 26.29 crores on Friday, 23.85 crores on Saturday, and 26.94 crores on Sunday.

Then on weekdays as well, Reliance Entertainment’s presentation managed to stay strong at the box office and did the business of 14.51 crores on Monday, 11.22 crores on Tuesday, 9.55 crores on Wednesday, and 8.30 crores on Thursday. After a week, the total collection of the film was recorded at 120.66 crores nett from 3519 screens across India.

Sooryavanshi has now entered its second week and due to no new release this Friday, it recorded decent footfalls and minted the amount of 6.83 crores. With this, the total 8 days collection of the film has become 127.49 crores nett (150.34 crores gross) at the domestic box office.

In the international market as well, Sooryavanshi is doing very well and grossed the business of approx. 41 crores from overseas till the 2nd Friday. At the worldwide box office, the film has put up a total of 191.34 crores gross after 8 days. As per the current trend, Akshay Kumar and Katrina Kaif starrer is expected to touch the mark of 250-crore worldwide by this week.