The very much-awaited superhero film, Spider-Man: No Way Home has left all the expectations behind and has taken a humongous opening at the box office across India on Thursday. Tom Holland starrer has emerged as the second-highest opening film in the Marvel Cinematic Universe in India after 2019’s Avengers: Endgame (53.10 crores nett from 2845 screens). 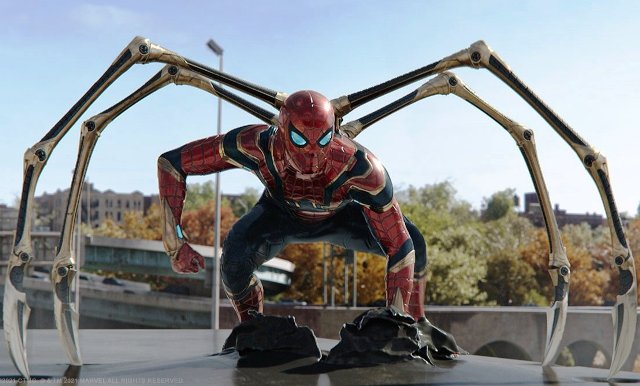 Directed by Jon Watts, Marvel Studios’ latest offering and the third film in the Spider-Man franchise has hit the theatres a day earlier on Thursday, 16 Dec 2021 amid a huge craze among the Indian audiences. The film has got the widest-ever release for a Hollywood movie in India with 3264 screens.

As expected, Spider-Man: No Way Home has managed to impress all the critics as well as the audience in India and has garnered solid word of mouth. As a result, the film has shattered all the previous records at the box office and become the biggest opening film of 2021 so far in India, surpassing the opening numbers of Sooryavanshi (26.29 crores nett from 3519 screens).

On Thursday, Spider-Man: No Way Home was opened at 60-70% occupancy in the morning across the country, which is the best so far in 2021. Post noon shows, the film witnessed more footfalls and at the end of the day, it has registered an earth-shattering opening business of 32.67 crores nett (41.50 crores gross) from 3264 screens including all versions.

Despite being a mid-week release and considering the post-covid situation, this kind of opening is just phenomenal. With this, Spider-Man: No Way Home has also become the second-highest opening film of Marvel in India, beating the record of 2018’s Avengers: Infinity War (31.30 crores nett from 2000 screens).

From Friday onwards, Spider-Man: No Way Home will have a tough competitor in the South – Allu Arjun starrer Pushpa: The Rise, let’s see what happens there. In the rest of the country, it will remain almost unaffected and will continue to score phenomenally at the box office.