Marvel Studios’ latest superhero film Spider-Man: No Way Home is all set to hit theatres a day earlier on Thursday, 16 Dec 2021 amid solid hype among Indian audiences. Directed by Jon Watts, the 27th film in the Marvel Cinematic Universe stars Tom Holland, Zendaya, and Benedict Cumberbatch. It is the sequel to 2017’s Spider-Man: Homecoming and 2019’s Spider-Man: Far From Home. 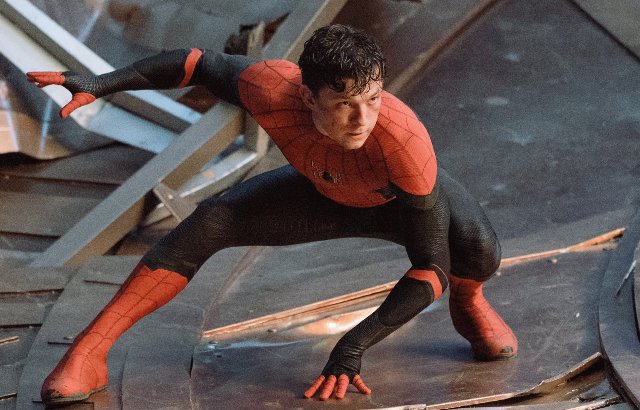 Seeing the huge enthusiasm for Spider-Man: No Way Home across India, Sony Pictures decided to start advance bookings early. As expected, the film has registered an overwhelming response at the ticket windows ahead of its release. At places, tickets have been sold at an unbelievable price of Rs 2200 and in Mumbai, its first show will begin as early as 4:15 am.

India is now a prominent market for Hollywood films and the craze for Marvel’s films here is huge. Spider-Man: No Way Home is the third superhero film of Marvel to release in cinemas this year after Shang-Chi and Eternals. The latest one is undoubtedly the most-awaited and is all set to take the second-biggest opening of 2021 at the Indian box office after Akshay Kumar’s Sooryavanshi (26.29 crores).

Going through the records of previous films in the franchise, in 2017, Spider-Man: Homecoming was opened at 9.36 crores nett including 2.16 crores from the paid previews. In 2019, Spider-Man: Far From Home had registered an opening business of 10.05 crores nett. Whereas Marvel’s previous films this year post-covid, Shang-Chi and Eternals were opened at 2.97 crores and 7.35 crores respectively.

Considering the advance booking figures, post-covid situation, and other aspects, Spider-Man: No Way Home is expected to open in a range of 23-25 crores nett in India including all the versions. It is likely to become the 3rd highest opening film of Marvel Studios in India. In 2019, Avengers: Endgame had reported an earth-shattering opening of 53.10 crores from 2845 screens, whereas in 2018, Avengers: Infinity War had an opening of 31.30 crores nett from 2000 screens.

Another awaited film Pushpa: The Rise from South India is releasing this week on Friday in multiple languages including Hindi. Undoubtedly, Allu Arjun’s latest offering has a strong buzz in the South but its awareness among the Hindi audience is quite low. So as of now, the Hindi version is expected to open at around 1.5 crores on Friday and further performance will depend on the word of mouth.