After a blockbuster opening weekend at the Indian box office, Marvel Studios’ latest superhero film Spider-Man: No Way Home remained solid on Monday. Whereas the Hindi version of Telugu action crime-drama Pushpa has also managed to stay strong on the 4th day despite a tough opponent in the Hindi circuit. 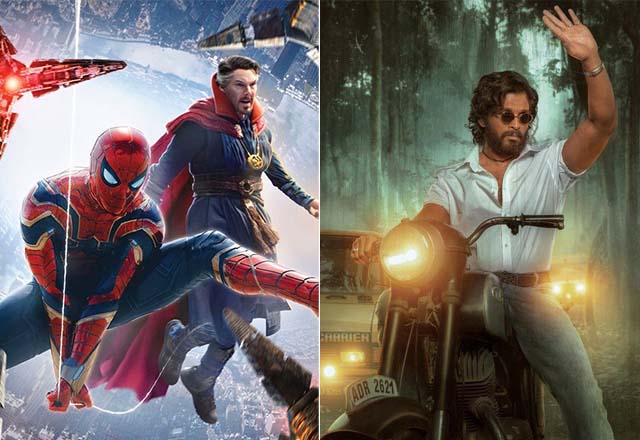 Directed by Jon Watts, the third film in the Spider-Man franchise has created a solid impact on the viewers and garnered positive word of mouth. As a result, it was opened on a phenomenal note on Thursday and did a business of 32.67 crores from 3264 screens nationwide. On Friday, the film witnessed a significant drop in footfalls but still remained strong and collected 20.37 crores.

As expected, Spider-Man: No Way Home picked up well over the weekend and registered a business of 108.37 crores within 4 days including 26.10 crores on Saturday and 29.23 crores on Sunday. Then on Monday, Tom Holland starrer recorded a drop of around 40.6% vis-a-vis Friday and minted an amount of 12.10 crores. With this, the film has increased its 5-day total collection to 120.47 crores net (153.56 crores gross).

In parallel, Allu Arjun and Rashmika Mandanna starrer much-awaited Pushpa: The Rise is also running strongly at the box office. Despite limited screening and low promotion in the North, the Hindi version of the film registered a solid weekend with 12.62 crores including 3.31 crores on Friday, 3.77 crores on Saturday, and 5.54 crores on Sunday.

On Monday, Sukumar’s directorial reported a slight drop of 33.75% vis-a-vis Sunday and raked 3.67 crores, which is higher than Friday & Saturday. Within 4 days, Pushpa: The Rise has registered a total of 16.29 crores from its Hindi version. While in Andhra Pradesh and Telangana, the film has grossed over 90 crores till Monday.