After passing the opening weekend at an excellent note, Hrithik Roshan and Mrunal Thakur starrer Super 30 has managed to remain steady on weekdays despite a higher-than-expected drop in footfalls. Within a week of release, it has surpassed the lifetime total of Hrithik’s Krrish (72.15 crores) and emerged as the 7th highest grosser of his career. 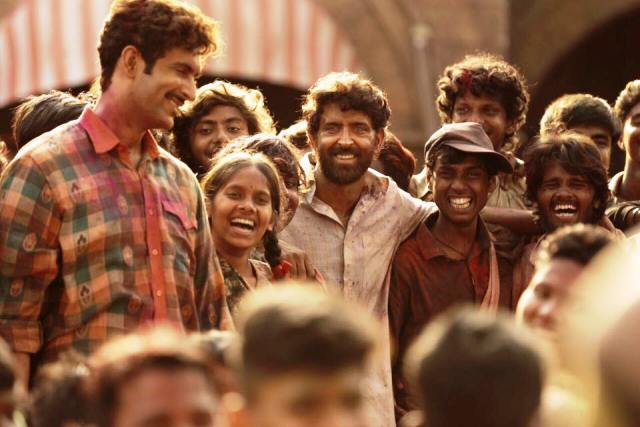 Directed by Vikas Bahl, the Hindi biographical drama has got succeed to impress many viewers as well as critics with its inspiring story and received positive reviews. But still, it didn’t get the desired response from the audience in mass circuits, the major contribution is made by metros only.

Super 30 had started its journey at a decent note but eventually registered the fair opening business due to a positive word of mouth. Over the weekend, it showed healthy growth and did the business of 50.76 crores that included 11.83 crores on Friday, 18.19 crores on Saturday & 20.74 crores on Sunday.

Then on weekdays, the biopic of Patna based mathematician Anand Kumar had entered at a decent note and minted the amount of 6.92 crores on Monday. With the further decline, it managed to collect 6.39 crores on Tuesday & 6.16 crores on Wednesday.

On the next day i.e. Thursday, Super 30 bagged the amount of 5.62 crores and raised its one week total collection to 75.85 crores nett at the domestic box office. Reliance Entertainment, Nadiadwala Grandson Entertainment, Phantom Films & HRX Films’ production has to remain steady in the 2nd week but that won’t be easy for it in opposite to Disney’s The Lion King.