The debut film of Ahan Shetty – son of actor Suniel Shetty, Tadap has finally hit the theatres on Friday amid a decent pre-release buzz. The romantic action-drama featuring Tara Sutaria alongside Ahan has received mixed reviews from critics but fortunately, it has been liked by many audiences because of Ahan’s intense performance and his chemistry with Tara. 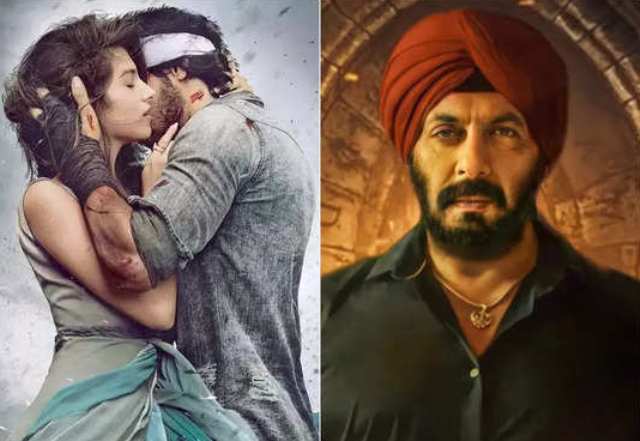 Directed by Milan Luthria, Tadap is an official Hindi remake of director Ajay Bhupathi’s Telugu film RX100. Being a stale love story, Tadap has got failed to impress the critics but a segment of the audience has found it worth watching. As a result, the film has taken a higher opening than the last week released Satyameva Jayate 2 despite a lesser screen count.

On Friday, Tadap was opened on a decent note with 20% occupancy in the morning despite no face value. Fans of Suniel Shetty are showing their support for his son’s debut film, which helped it to register an opening business of 4.05 crores nett at the box office from 1656 screens across India. John Abraham’s SMJ2 with 2500 screens nationwide was opened at 3.60 crores last Thursday.

On the other hand, Antim: The Final Truth which was leading the box office since last Friday has recorded a significant drop on the 8th day due to the new release Tadap. Featuring Salman Khan, Aayush Sharma, and debutante Mahima Makwana, the action-drama film has shown a healthy performance its first week. [Antim Week 1 Box Office Collection]

After a good opening weekend, Mahesh Manjrekar’s directorial Antim maintained a solid grip on weekdays and raked a business of 29.35 crores in its first week from nearly 3200 screens in India. On the 2nd Friday, the film recorded a drop of around 33% vis-a-vis Thursday and minted an amount of 1.25 crore. With this, it has put up a total of 30.60 crores nett at the domestic box office after 8 days.