After a surprisingly solid start on Friday and a steady Saturday, the debut film of Suniel Shetty’s son Ahan Shetty – Tadap has recorded a significant jump on Sunday. Despite minimal face value and mixed reviews from the critics, the romantic action-drama featuring Tara Sutaria alongside Ahan has registered a healthy opening weekend at the box office. 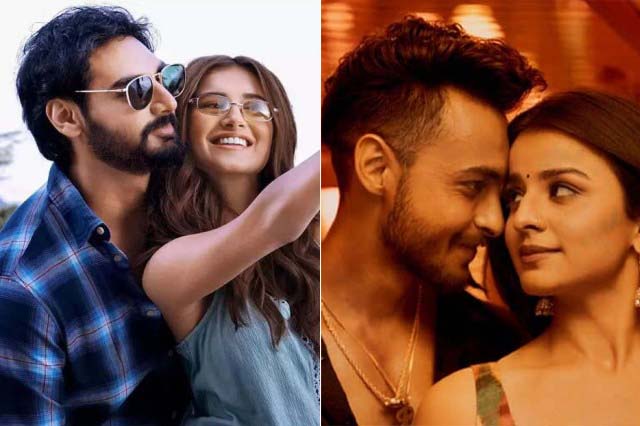 Directed by Milan Luthria, Tadap is an official Hindi remake of the Telugu film RX100 and being a stale love story, it has got failed to impress many critics. Fortunately, a segment of the audience has found it worth watching and showed a thumbs up. Also, the film is getting good support from Suniel Shetty fans.

On Friday, Tadap was opened surprisingly well and raked a business of 4.05 crores. On a similar note, it managed to collect 4.12 crores on Saturday. Then on Sunday, being a public holiday, Sajid Nadiadwala’s production witnessed a growth of 25% and minted an amount of 5.35 crores from 1656 screens nationwide. With this, it has registered a total of 13.52 crores nett at the domestic box office within 3 days.

On the other hand, last week released Antim has got affected by the new Hindi offering Tadap but still managed to add a decent total to its account in the second weekend. Salman Khan, Aayush Sharma, and debutante Mahima Makwana starrer this action-drama had maintained a strong pace in the first week and bagged a business of 29.35 crores.

On the 2nd Friday, Antim: The Final Truth got slipped to 1.25 crore. Then on Saturday, it took a jump and managed to collect 1.75 crores. With further growth on the 2nd Sunday, Mahesh Manjrekar’s directorial bagged a business of 2.25 crores and has increased its total box office collection to 34.60 crores nett within 10 days.