After a wonderful opening on Thursday, the latest Tamil offering Nerkonda Paarvai has remained on Friday also. Starring superstar Ajith Kumar & Shraddha Srinath in lead roles, the social thriller film has diverted the major audience in the Tamil state toward theatres. 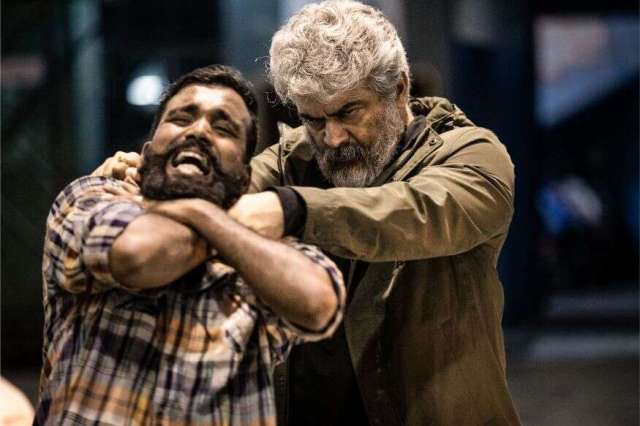 Directed by H Vinoth, it is the official remake of 2016’s critically-acclaimed Hindi film Pink which starred Amitabh Bachchan & Taapsee Pannu. Like the original, the Tamil version has got succeed to impress critics as well as the audience and gathered a solid word of mouth.

On Thursday, Nerkonda Paarvai had started the journey at a tremendous note and remained strong throughout. Eventually, it had registered a huge opening business of 14.82 crores gross from 702 screens across Tamil Nadu. In Chennai, it has become the highest opening film of Thala Ajith with 1.58 crores gross.

On the second day, Boney Kapoor & Zee Studios’ production has witnessed a usual decline in footfalls but still managed to remain strong at the box office. At an excellent note, it has raked the business of 9.60 crores gross including 1.17 crore from Chennai alone.

After 2 days, the total gross collection of Nerkonda Paarvai has become 24.42 crores gross at the TN box office including 2.75 crores from Chennai. From overseas as well, the film is getting a terrific response and has grossed around 35.50 crores worldwide within 2 days.