After a couple of terrific weeks, superstar Ajay Devgn’s 100th film Tanhaji: The Unsung Warrior has entered the third week at a steady note despite new releases and joined the 200-crore club at the domestic box office. With this, it has emerged as the second film of Ajay to cross this mark after Golmaal Again (205.69 crores). 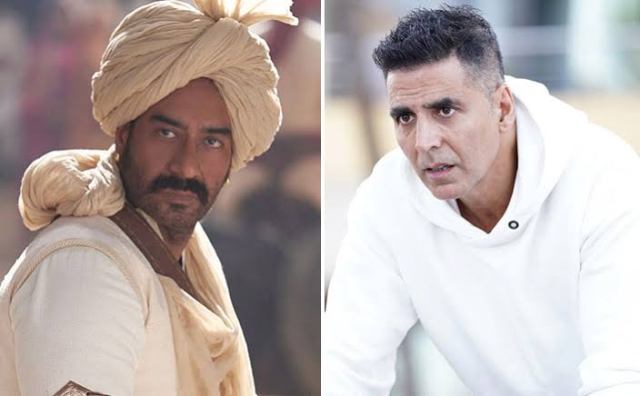 With a positive word of mouth, Om Raut’s directorial co-starring Kajol and Saif Ali Khan, the period action drama had raked a solid business of 118.91 crores in the first week. Then in the second week also, it had maintained a strong pace and bagged the amount of 78.54 crores.

Now, despite the release of much-awaited Street Dancer 3D and Panga, Tanhaji has started the third weekend at an excellent note by collecting 5.38 crores on 3rd Friday. After 15 days, the total collection of the film has become 202.83 crores nett. In a day more, it will become the highest grosser of Ajay Devgn’s career.

In parallel, the last major release of the year 2019, superstar Akshay Kumar’s Good Newwz has now entered the 5th week at a very slow note. With a good word of mouth, it had raked the business of 127.90 crores in the first, 53.46 crores in the second, 15.74 crores in the third & 6.09 crores in the fourth week.

After 4 weeks, the total collection of debutant Raj Mehta’s directorial was recorded at 203.19 crores nett. The film now has several more opponents and managed to collect the amount of 0.17 crore on 5th Friday. After 29 days, its total collection has become 203.36 crores nett at the domestic box office.