A couple of weeks back released Tanhaji: The Unsung Warrior has already emerged as the second film of superstar Ajay Devgn to cross 200-crores mark at the domestic box office and now with its 16th day, the film has become his highest grosser by surpassing the lifetime total of Golmaal Again (205.69 crores). 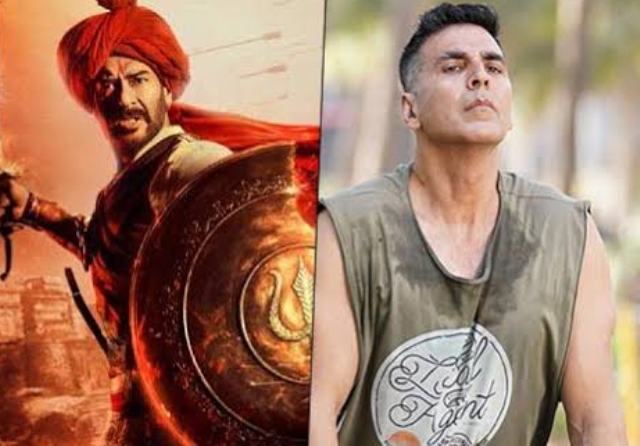 Directed by Om Raut, the period action drama co-starring Kajol and Saif Ali Khan has gathered a positive word of mouth and as a result, did the business of 118.91 crores in the first week. Then in the second week also, it had maintained a solid pace and garnered the business of 78.54 crores.

Now Tanhaji has entered in the third weekend and despite new releases Street Dancer 3D and Panga, it had managed to collect 5.38 crores on Friday. On Saturday, it has picked up again and minted the amount of 9.52 crores and raised 16 days total collection to 212.35 crores nett.

In parallel, superstar Akshay Kumar’s latest offering Good Newwz has also gathered a good word of mouth and as a result, had raked the business of 127.90 crores in the first & 53.46 crores in the second week. Due to new releases, it got dropped and scored 15.74 crores in the third & 6.09 crores in the fourth week.

Debutant Raj Mehta’s directorial is now running in the fifth week and had started the weekend at a low note by collecting 0.17 crore on Friday. On the next day i.e. Saturday, it has managed to collect 0.30 crore and raised 30 days total collection to 203.66 crores nett.