After the two successful weeks, superstar Ajay Devgn’s latest offering Tanhaji: The Unsung Warrior had maintained a solid pace in the third weekend also and now entered in weekdays once again at a good note. Despite the new Hindi releases, it still has a strong hold over the audience. 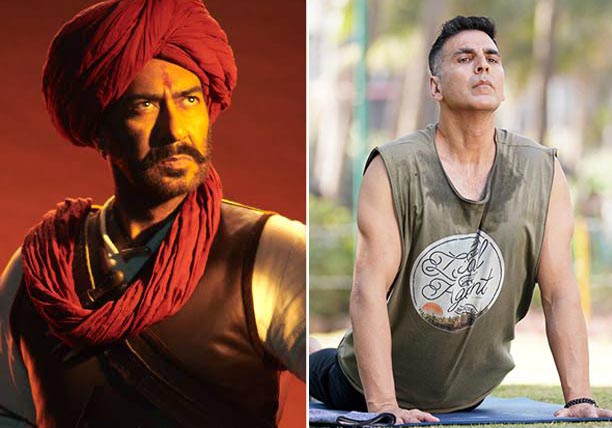 Directed by Om Raut, the period action drama has gathered a positive word of mouth and as a result, it had raked the business of 118.91 crores in the first week. Then in the second week as well, the film had remained rock-solid and did the business of 78.54 crores.

In the third weekend, Tanhaji had shown excellent performance and garnered the business of 27.48 crores that included 5.38 crores on Friday, 9.52 crores on Saturday & 12.58 crores on Sunday. Then on 3rd Monday, it has managed to collect 4.03 crores and raised 18 days total collection to 228.96 crores nett.

Then in the fifth weekend, debutant Raj Mehta’s directorial had bagged the amount of 0.90 crore with 0.17 crore on Friday, 0.30 crore on Saturday & 0.43 crore on Sunday. On 5th Monday, the film has managed to collect 0.14 crore and raised 32 days total collection to 204.23 crores nett at the domestic box office.