Despite a couple of new releases, superstar Ajay Devgn’s latest offering Tanhaji: The Unsung Warrior is heading strongly in the third week. It has already surpassed the lifetime total of Salman Khan’s Kick (231.85 crores) and now likely to dominate Hrithik Roshan’s Krrish 3 (244.92 crores) by the end of its 4th weekend. 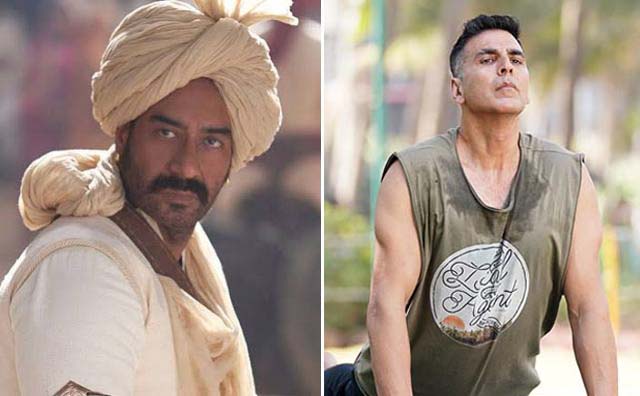 Directed by Om Raut co-starring Kajol and Saif Ali Khan, the period action drama film has gathered a positive word of mouth and as a result, did the business of 118.91 crores in the first week. In the second week as well, it had maintained a solid pace and raked the business of 78.54 crores.

In the third weekend as well, Tanhaji had remained strong and scored 27.48 crores that included 5.38 crores on Friday, 9.52 crores on Saturday & 12.58 crores on Sunday. Then on weekdays, after a normal drop, it has managed to collect 4.03 crores on Monday & 3.22 crores on Tuesday.

On the next day i.e. 3rd Wednesday, T-Series’ presentation has managed to collect 2.92 crores and raised 20 days total collection to 235.10 crores nett at the domestic box office. In parallel, there is another film which is still getting considerable response even after its 4th week, Good Newwz.