After an extremely low start at the box office, Kangana Ranaut and Arvind Swamy starrer bilingual biographical drama Thalaivii has registered a poor opening weekend in Hindi circuits despite positive reviews. The film has remained dull in Tamil and Telugu circuits as well but performed better than Hindi. 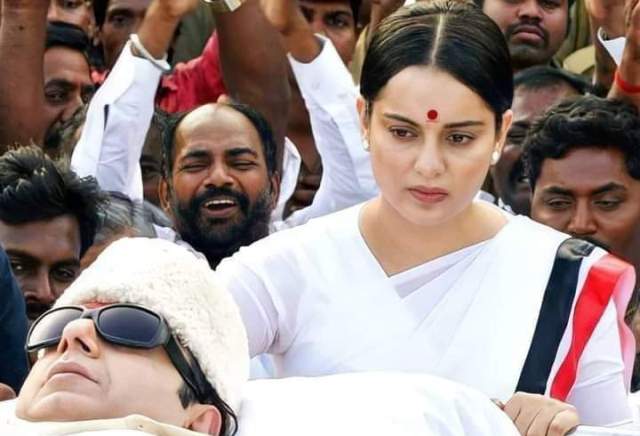 Directed by AL Vijay, the biopic of Indian politician and actor Jayalalitha, Thalaivii has been released on 1239 screens across the country including Hindi, Tamil, and Telugu versions. Despite the big-budget, the film had no pre-release buzz and also the national multiplex chains haven’t released the Hindi version as it has only 2 weeks of exclusivity to theatres.

On Friday, Thalaivii (Hindi) was opened at a sluggish note and recorded 4-5% occupancy in theatres, as a result collected only 0.32 crore from 550+ screens, which is even lower than the recently released mid-budget thriller film Chehre (0.40 crore). While the Tamil and Telugu versions grossed 0.73 crore and 0.20 crore respectively.

On Saturday, the Hindi version showed limited growth and bagged the amount of 0.35 crore. Including 1.10 crore from Tamil and 0.18 crore from Telugu, the film did a total business of 1.65 crores on day-2. Then on the next day i.e. Sunday, with a decent jump, Thalaivii managed to score 1.85 crores that included 0.40 crore from Hindi, 1.25 crore from Tamil, and 0.20 crore on Telugu.

After the opening weekend, the total collection of Thalaivii has become 4.75 crores nett at the Indian box office. While the Hindi version has reported only 1.07 crore in 3 days. About a month back released, Akshay Kumar starrer spy-thriller Bell Bottom is performing better than this in its 4th week.