The second Hindi biggie after Akshay Kumar’s Bell Bottom to release on the big screen, Kangana Ranaut and Arvind Swamy starrer biographical drama Thalaivi has finally hit the theatres. Despite the high budget, the film had no pre-release buzz and hence registered a poor opening at the box office. 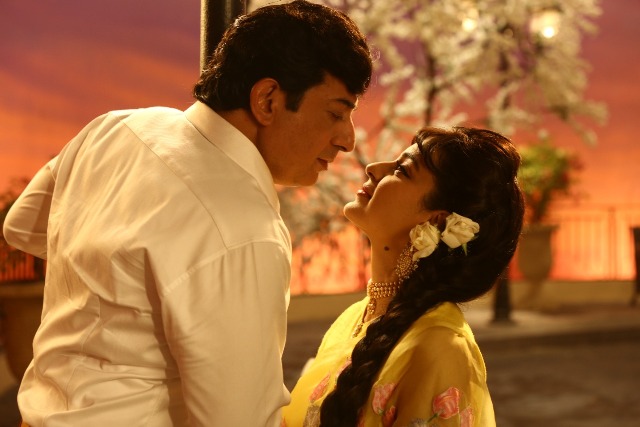 The biopic of Indian politician and actor Jayalalithaa has been released in Hindi, Tamil, and dubbed Telugu versions. Due to the limited screen count across India, the expectations were not very high with the film, but the opening of its Hindi version is just disastrous. Tamil and Telugu versions are also dull but still performed better than Hindi.

On Friday, the Hindi version of Thalaivii was opened at an occupancy of only 4-5%. However, the reviews from critics as well as the audience are mostly positive but still, the film remained poor throughout and registered an opening business of only 0.32 crore nett, which is half of the recently released mid-budget mystery thriller Chehre (0.40 crore). Across the country, it has collected approx. 1.25 crore from 1239 screens including 0.73 crore from Tamil and 0.20 crore from Telugu.

The producers of Thalaivii have given only 2 weeks of exclusivity to theatres for the Hindi version, which means after 2 weeks it will also be available on an OTT platform, this is the reason national multiplex chains haven’t released the film in Hindi. While the Tamil and Telugu versions will remain exclusive to theatres for 4 weeks.

Directed by AL Vijay, Thalaivii has received mostly positive reviews from critics. The lead actors Kangana Ranaut and Aravind Swamy are being praised for their solid performances as Jayalalithaa and MG Ramachandran respectively. But still, the box office numbers are extremely low, let see how the film will perform in the coming days.