The two new Hindi offerings Ram Setu and Thank God hit the theatres on Tuesday post-Diwali and fortunately opened well at the box office despite slow advance bookings. The former has managed to register the second-highest opening of the year in Bollywood after Brahmastra Part One: Shiva, while the latter has also taken a decent start. 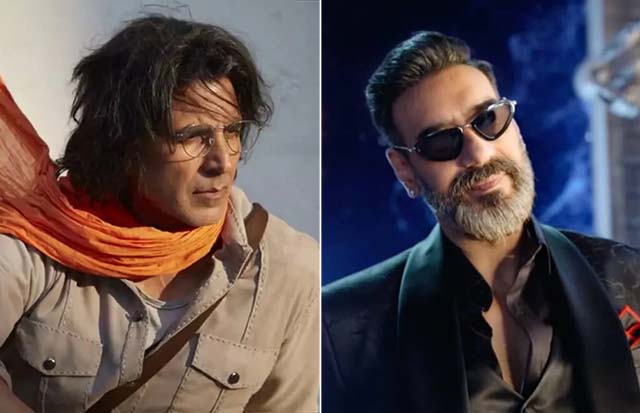 Featuring Akshay Kumar, Satya Dev, Jacqueline Fernandez, and Nushrratt Bharuccha, the action-adventure Ram Setu has received mixed reviews from critics due to its average second half. But still, the film is getting positive reactions from the audience, which is a good sign.

Directed by Abhishek Sharma, Ram Setu reported lower advance bookings than Raksha Bandhan but took a fair start on Tuesday with 25-30% occupancy in the morning. With a good contribution from mass centres, the film managed to collect 15.25 crores nett on day 1 from around 3100 screens across the country.

On the other hand, Ajay Devgn, Sidharth Malhotra, and Rakul Preet Singh starrer comedy drama Thank God has also received mixed reviews from critics due to its outdated storyline. But overall, being an entertaining film, the public is reacting in its favour.

On Tuesday, Indra Kumar’s directorial Thank God opened on a slow note with 15-20% occupancy in the morning but witnessed some growth post-noon shows and raked a decent business of 8.10 crores nett at the end from around 2400 screens across India.

Even though Ram Setu has been the first choice of the audience as compared to Thank God on day one, word of mouth will play an important role for both films from day two.